Colonel Gordon looked up from his desk and scowled. A year had passed since the Fifth Army liberated Rome and his desk was piled high with problems that still needed to be resolved.

“It’s the car, sir. It was taken last night and brought back this morning, just like on Monday – and with the same message: Thank you for the use of your car.”

“You were supposed to put a guard on duty, Tedesko.”

“Well, tell him to find out!” the Colonel snapped, though he wasn’t surprised. Supplies were being stolen all the time. In Naples, a whole supply train had vanished, with no clue as to who did it or how. And now his car. It seemed like a one-time thing when it happened three weeks ago, but then it happened a second time, and again a few days later – and always the same way – stolen during the night, then brought back before dawn no worse for wear. What were they using it for? And why risk getting caught just to have it for a few hours in the middle of the night?

It was easy to understand the temptation to steal when you had nothing. Even if you had a car you couldn’t get gas. But sometimes it was tempting even if you didn’t need anything, especially if it was easy.

There were times he could have stolen a few things himself, but he didn’t. Not exactly. He at least gave something in return, trading one valuable thing for another. Amazing what you could get for just a bottle of whiskey or a carton of cigarettes.

Then there was that woman, well dressed but with deep circles under her eyes, who was desperate for penicillin, for without it her child would die. She needed a full case, she said. A case in exchange for three paintings: early Renaissance Madonnas. To his credit, he hesitated, not wanting to profit off a dying child. She begged. But why a case? Wasn’t that more than the child needed? There were other sick children, many others, she said and her doctor told her there was no penicillin to be had anywhere. What about the paintings? He asked. Her family’s most valued treasure, she said. But who knows if that was true? And did it matter? When he got home he could sell them. Old paintings like that would bring a bundle. He could buy a house. His wife would like that. And after four years at war he deserved it, didn’t he?

“Sir? Excuse me, Sir. Should I get someone else?”

“Obviously, Tedesko! Get someone who won’t fall asleep. Put two guards on duty if you have to, goddammit!”

Still the car disappeared again and was returned before dawn, with the same handwritten note. Only this time the note was left on the front seat, sealed in an envelope and addressed to the Colonel himself.

“Thank you for the repeated use of your car. We will no longer need it. As a token of our appreciation, please accept these two tickets to the opera next Saturday night .”

He hadn’t been to an opera since his mother dragged him to one when he was twelve, but why not? His secretary would probably enjoy it. Give her a chance to wear the new dress he’d bought her.

“How wonderful!” Francesca said, when he told her. “I haven’t been since before the war. It’s impossible to get tickets and Tosca is my favorite.”

Puccini’s music lingered in his ears as they strolled arm in arm through the dimly lit, cobblestoned Roman streets toward his apartment.

Francesca squeezed his arm and smiled. “Wasn’t it beautiful, Roberto? I’m so happy. And all because they borrowed your car.”

“Stay with me tonight,” he said, hoping this time she’d agree. He could have had his choice of Italian women eager for American favors but Francesca was a step above them.

“Will you make us a drink while I freshen up?” she asked.

“Scotch on the rocks coming up.”

He prepared the drinks and turned down the lights.

“You were a little over-confident, don’t you think?” Francesca said as she came out of the bedroom.

“The blanket has been turned down, a rose is on the pillow.”

Someone had been in the apartment, that was clear, but other than the bed, nothing seemed to have been disturbed. A few minutes later the Colonel realized what was missing.

He sat down heavily on one of the kitchen chairs, causing it to creak loudly in protest.

“The paintings… Shit … I need that drink.”

Seeing Francesca’s confused expression, he shook his head and couldn’t help but smile.

“Son of a gun, you Italians are clever. She made sure I wasn’t here. I gotta take my hat off to her. The car was just one long goddamn set up.” 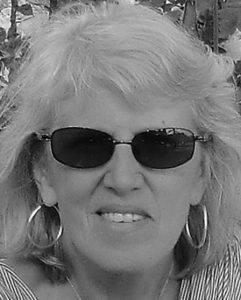 Author’s Comment: My mother’s ability to find penicillin for me when I was gravely ill at the end of the war was one of the many wartime and post-war stories I grew up with. Years later, when I lived in Naples, I learned and couldn’t help but admire how Italians often survive life’s challenges through clever, if not always legal, ways. This story is one example of ingenuity in response to post-war adversity.

Irene Wittig was born in Rome ten days after the liberation and grew up in New York in a world of immigrants and their stories. In between years in Naples and Geneva she was a ceramist and had a book and many articles published on the craft. She has had two short stories published, was shortlisted in the winter 2014 Writers’ Village International Short Fiction contest, just finished a novel and is working on another. She lives with her husband in Arlington, VA, has two children and three grandchildren.

3 thoughts on “A Night at the Opera”