She has always said she was an artist; when she was four years old, she created murals along side the stairs in her home over and over. Her mother claimed she must have brought the wrong baby from the hospital.

When she chose to go to Syracuse University with its outstanding art school (after Pratt Institute turned her down), the state of Virginia had to pay her entire tuition for all four years – because Virginia had no black colleges with accredited arts programs.

How like Blayton to get a fine education in the arts while essentially taking advantage of the state’s misguided racism, designed to hold her back. What does she do next? She creates paintings and prints that are both metaphysical and richly colored, paintings and prints now in the collections of the Metropolitan Museum of Art, the Whitney Museum of American Art, Fisk University, Spelman College, Tougaloo College, and in many private collections.

And she uses her talents to help others create. A constant champion of arts programs, she helped design the Museum of Modern Art’s Children’s Art Carnival, in Harlem, which she ran from 1969 to 1998. She was also one of the founders of the Studio Museum in Harlem, where she served on the board from 1965 to 1975.

Her educational work has brought her recognition including the title of 1984 Empire State Woman of the Year in the Arts; she has also received the 1989 New York State Governor’s Art Award and the 1995 CBS Martin Luther King, Jr. Fulfilling the Dream Award, to name a few.

A gifted artist as well as a ground-breaking educator, she has this to say about her artwork:

“The themes of many of my paintings are directly related to my study of metaphysical laws, which govern the universe. These ideas relate to reincarnation and the possibility of lives lived between lives, the acceptance of spirit guides, the acceptance of the uses of one’s intuition and the possibility that this life is one of many lives lived here in Earth’s school, to teach us certain lessons. These are the things that I have pondered and still often ponder when I am working. I do not expect my viewers to know what I have in mind when I am creating a work, but I hope they will have a positive sensory response to the work, on a level that their own insights are stimulated.” 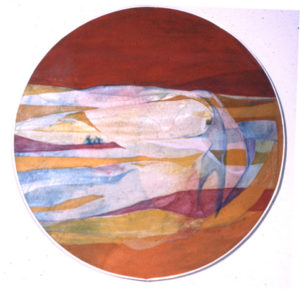 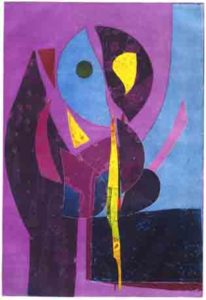 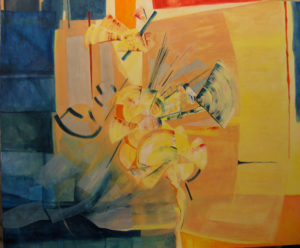 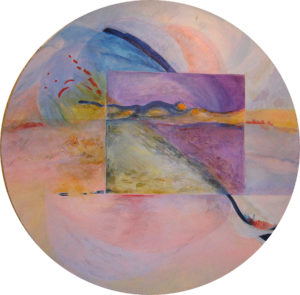 Consciousness Traveling (2012)
58” round, Acrylic on canvas 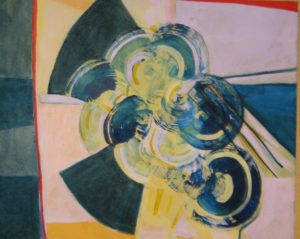 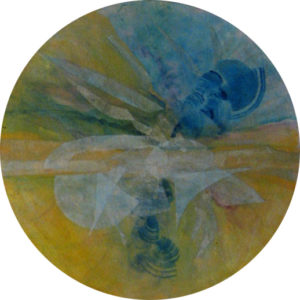 Bluesette (2015)
12” round, concept study, Acrylic and collage on canvas 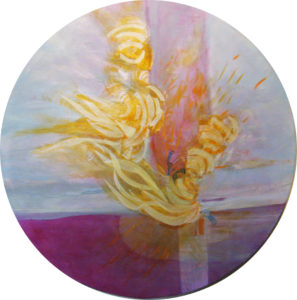 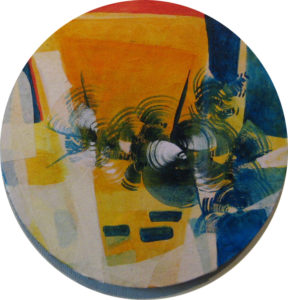 Smooth Jazz (2015)
12” round, concept study, Acrylic and collage on canvas 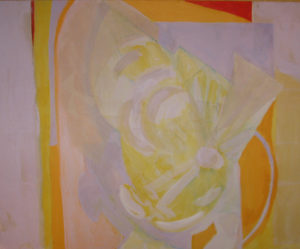