Selected by Hilda Raz, Guest Editor
What a pleasure to read submissions from women poets all over the world!

The poems I’ve chosen for this issue of Persimmon Tree have in common a commitment to language and form. Their subjects are varied but seem to me to speak of engagements with our time of life – pleasure and memory and the other grand abstractions that take on flesh as we grow older in this lovely and vexed world.

From our everlasting responsibility to presentation – we brush and comb our hair each day – through musing over memory albums, the merging of the written page with the life it represents, the joy our senses bring us and the losses we experience, our mouths are packed with languages and violations and our brains busy transposing Fibonacci sequences and lessons in printing we’d learn in order to speak out loud, as well as numbers working as metaphor – all the poems here remind us to “fatten your/self on feeling. Fall back on all the music still alive.” 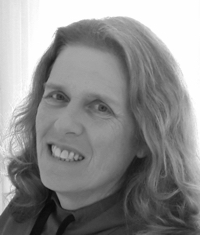 Cuts through hair
like a blind man
through a maze
feeling his way
up each curl
dumbfounded by each knot.

Finally
when properly plaited
a sigh
and thoughts of tomorrow’s climb. 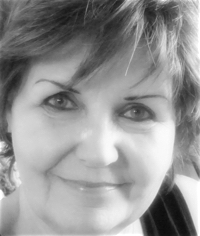 Could She But Care Less

Under cover
of a starless night
she risks taking it down,
—the tattered album—
Remembers to be careful.
Last time,
she had been hasty,
and pieces of her life
escaped the pages
and were
gone in a beat.

She spreads her
trembling hand loosely
on the page, raises her eyes
to peer at it; feels her
heartbeat quicken at the eyes
that meet hers.
She knows intellectually,
the baby’s cobalt eyes aren’t
truly looking into hers,
but her heart aches so, she
can’t convince it otherwise.

Afraid to turn the page,
she sits unmoving,
stroking the photo,
remembering the last time
she’d seen the babe—
How knowing,
his solemn expression.
She ponders if she’ll
see him again,
feels worries collecting
like crows flocking
Wonders if closing
the book will feel as careless
as opening it did. 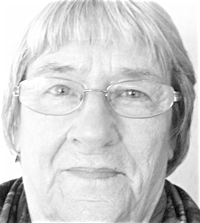 The Page and the River

The blank page has held brides, tiny tots and teens:
our forty-year-old selves staring jauntily at life. But
seldom introduces a woman of a certain age. Though
what the page embarks upon today is no small jaunt. Like
Simic’s Owl she sees herself phlegmatic; iron-willed therefore –

hold the pen proud to a once blank page, swift on the banks
of a river flowing deep; widening, widening. Practising our strokes,
our oars in sync heading down river, perfecting manoeuvres
or fractious diversions when nearing the rapids; or on the cry
of man overboard (three). And tripled our efforts.

But we have barely begun as our guides prepare a fully
cooked breakfast, coffee and tea, and I make conversation
with young couples and men all so much younger than me.
After steady overnight rain I see fear and sense it but the
gorge is steep and we cannot go back. I am one of a team.

The page now corrugated; up one line and down
the next. Twenty-six rapids ahead must be squeezed. You
have but one chance. The river boils and you struggle:
meditation, then, not calmness, but an adrenalin rush.
Someone remarks as to the secret of fitness. No escaping
the decades you are celebrating here. Send me
no card, just send me a river was to be our joke
as the corrugations ceased and the thrills and the drops
on what they called Class Four rapids; three days
rafting a flooded river came to an end.

My nostrils flare when I return to that landmark;
the page and the river. 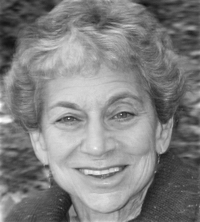 “The rule is, jam tomorrow and jam yesterday – but never jam today.” White Queen to Alice, Through the Looking Glass and What Alice Found There, by Lewis Carroll.

Last season’s
peach and gooseberry
sweet-tart on the tongue
spread on toast, muffins,
bagels with raisins
and cinnamon –
spice of the sabbath

now her body is jamming
itself, cells stuck and clogged
blocking the vital 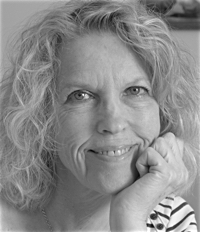 I Live with Two Languages

one native, the other learned
the first a natural, the second a seed

my languages taste different
but I salivate for both

one can coo and one chops
one flows legato, the other spurts staccato

my mouth might go pouty
or teeth indiscreetly flash

my tongue taps my palate
like a syncopating clarinet

there goes a guttural growl
a canine groan guarding a bone

which one bursts out first,
who will crackle or pop

but they give me voice
they surprise me

they offer up form
they stupefy me 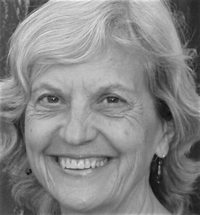 The Ice in the Eaves

creaks like thieves
in a young girl’s heart
gives voice to the dark
and she without a choice
holds close her limbs
trembles in fear of him
who comes to say goodnight
who before he dims the light
touches here, lingers there,
wetly kisses, twists
his fingers in her hair
and as the planet darkens
out beyond the sandbox
the hollyhocks and yard
she watches Mars
draw near to Earth
threaten to collide
another touch
this one too much
as all will die
she sees it coming 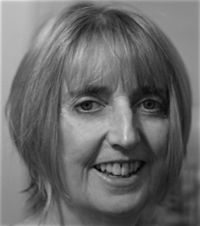 The
Beige
Bag that
Was yours is
Now with me and how
I wish that you could know I take
It everywhere I go, you would be so surprised! 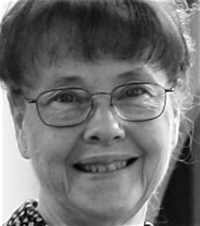 I learned the printing art in Father’s shop,
to put nicks up, to mind my p’s and q’s
inverted in composing sticks, to crop
mark on the page. He taught me how to choose
a substitute, when out of sorts, make use
of coppers, brasses, leads and slugs to space
the lines and words so nothing would be loose,
and where to place the letters in my case.
The glyphs had sections named for body parts,
whose necks, beards, hairlines, shoulders, faces, feet
turned types to soldier statuettes that marched
to life in rhythms of the press’s beat.

Those troops are quiet now, but I dream back,
cocooning in their whooshing roll and clack. 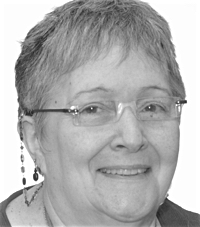 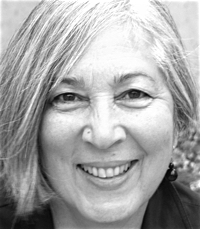 It starts in the usual way—something male
makes a grand entrance. Something
female feigns amusement.

Too clever by half, in the space of a smirk
she’s two. He remains one. Like jazz—
division doubles. Looks like multiplication

but is division. Division of division encodes
what’s divided—each quotient
devoured by its own division.

Without when or why you find yourself
electric—fanged, feathered, finned. Caught
in exultant humming. Now you live

and die simultaneously. Ready?
No turning back. Revel, sweet descendent
of amoeba. Nothing can ever be you. Never

can you be nothing again. Before you know it
there you are. Someone gives you pieces of her
body. Then pieces of other bodies alive and dead.

Slowly fatal, you learn—absolutely everything
runs on a fuel of small deceits. To start a revolution
tell some truth. Otherwise, relax.

One verb tense rules all others—
the continuous temporary. Pretend
it doesn’t matter. Go to sleep night after

night after night. Forget nothing stays.
Even nothing. Solo. It feels like dying
but it’s your pulse strumming

death to magic. This is as real as it gets. Run
your notes in rain. Unwrap their fronds. Fatten your
self on feeling. Fall back on all the music still alive.

my right foot is a hoof.
beneath my long hair
fur bristles. fingers brushing
brows touch horn. nerves
scent me. butterflies pant blue
wings inside my mouth. the veldt is a
twitch in my head. a black sky
shocked with eyes shoots
omens urgent from home. 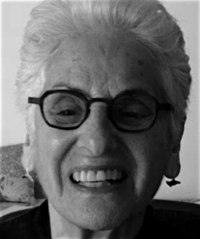 A Meditation on Respect

Whatever else you think, think this: death comes soon.
There. I’ve said it.

And on this morning, sun spilt
gold on grey pebbles under our back window.
Yesterday three bobcats, mama and two kits,
came there and slept the morning away. I swear!
They came panting, matted fur, skinny, fell down
in the shadows our house made, a shade not
much wider than they were stretched nose to tail.

There. I’ve finished the first stanza, Rispello.
Eight line blocks, each one eleven syllables.
Four hours later the bobcats woke, went off,
their backs turned to us watching from the porch,
kits no longer skinny but still small, wind-fluffed
by breath come up to move clouds out of the way.
Below, we tiptoed fast around corners looking
to find them up the sandy hill. No, they’d gone.

Here’s one example of someone alive, afraid,
counting life up against death with her fingers.
Hear: that’s bobcats where we live. And coyotes
we track by listening, rarely see. And crows
as big as hawks. And hawks and eagles. Rabbits.
More. Jackrabbits, twice as big as dogs. And snakes.
I could make a catalogue, hummers we feed
with sweets, mountain jays, yet why bother? Death’s face

obscures. Yet now chamisa is in bloom
all over the arroyo. See what I mean? Yellow.
The world is fractals, numbers. Still the world rots.
But is not lost. Enough. Look out. Where cats were,
now on the wall a lizard waits in sun for lunch.
My love is melting sugar in red water
for hummingbirds, migrating. Our cat is out
in the atrium, sleeping in sunshine, calico

coat aflame. Jacob wore one, a gift, in fear
of his brothers. He was right. Death’s robe, no color,
covered him then he was gone to Egypt, lost.
His jealous brothers and their father also grieved.
A gift of death turned into exile is good?
Do I think I’ve made an argument for life?
Not here. Not now. Though we are old many others
die as babes in arms in gowns or rags wrapped close,

like these bobcats cared for by each another so
sleep weaves them into one body. Then they go.
As I will, that’s the truth, the rub, the whitewash
no one buys (she favors an enamel crème
to cover better).
Reader, will you sing out
a theme from Bach to comfort us listeners
sore from hospital, sickness, stitches, bloody
wounds, recovery sure or not? Bless us.

Must we give up desire, ambition, goals,
ideas  the invulnerable body, the lack of pain –
pray for it, pray for it – in order to empty mind
learn control of breath, blood, life
continues through plants and beasts, snow
melts, sun rises and sets day in, day out, birds
wing against sun, the sway of the feeders
the single sun drop
caught at the corner of the feeders, pink
snared by mountains at sunset
sit just where I can see pink highlight
coming the crags of dark
oh coming