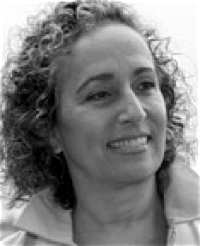 A clatter of noise – metal, asphalt, the rattle and whir of rolling – assailed Livia as she drove away from the house. As she rounded a blind curve on the steep downhill slope, two figures, tucked low, veered right in front of the car; she braked with a jolt. Coffee spurted from the cup she was holding, spattering hot liquid on the dash and herself, but at least she didn’t hit anyone. Pulling over, she slumped back in her seat. She shivered feverishly. She hadn’t been paying attention. She was thinking about Minx and Shane and how she could possibly help either of them. She could have joined Minx in the accidental murder club. It had been that close.

Later, driving back up the hill, she had caught the glint of their wheels before she heard the racket, a microsecond of warning, like lightning before thunder. Six of them: Skateboarders, curving to and fro across the wide street in graceful ess-curves, sometimes angled down into an aerodynamic tuck, sometimes standing tall, hair ruffling in the breeze of fast movement. But they weren’t doing their usual maneuvers, didn’t seem to be practicing their ollies or slides or flips. Descending towards her, they zoomed around another car chugging its way up the hill, neither slowing nor rolling toward the curb, and when they reached her, she had to stop and wait for them to complete their serpentine trajectories before she had an open lane to use.

One of them had spun within inches of her bumper, almost grazing the metal, and she could see the look on his face, rebellious, blissful, aggressive, triumphant, and though he hadn’t flipped her the bird, it felt as though he had. Her anger surged in response and it irritated her to feel it, as if she didn’t have enough to cope with without running an obstacle course every time she drove in or out of her own neighborhood. Her husband had stopped driving a year earlier.

She missed his car. He had driven a Honda CRV, a brilliant royal blue that evoked a cocktail of happy feelings every time she saw it. That car had driven them to their wedding in Mount Baldy mountain village, to their honeymoon flight to Rome. It had taken them north to the Monterey aquarium, east to the magic shows of Las Vegas. They had driven it to a mountain resort town where they rented a cottage shaped like a dome and made love on a round king bed. Back then, his tongue had been agile, his voice capable of whispering and wanting, his fingers light as tiny wings. In that car, he had scooped her up after work trips, driven her to a midnight gondola ride, a new play, a night at the comedy club. As driving became difficult, they parked at the coast, looked out at the breaching dolphins, the bobbing birds, the roll and tumble of the surf, until he could no longer drive at all but arrived at the airport driven by a caregiver, still in the Honda, until that too disappeared, and she took the shuttle home. There, he would sit at the door in his wheelchair, a dozen long-stemmed roses on his lap, waiting for her. His mouth hung open and he could no longer smile, but she could see the liquid Pacific-colored blue glistening in the corners of his eyes, so hungry to see her again. Then they gave the car away.

Now she came home to a rampvan, a white Toyota Sienna she hated so much she refused to buy it. Instead, she leased it from a handicap company that charged outrageous prices but would take the damn thing back, if anything happened. At the press of a button, the tongue of the wheelchair ramp, grey and worn and dirty, stuck out and lowered itself with a nasty clatter to the sidewalk. Shane would wait at the end of the driveway to maneuver his power wheelchair carefully up the narrow ramp, turn it around in the space between the front and back seats (a rear adjustment that added fifty grand to the price of the van) and pull it up into the seat-less front passenger space where she could clamp him in.

One day, on their way out for a medical appointment, pivoting his chair around the cramped space in the rear of the van to take aim at the front passenger slot, Shane got stuck on the cheap carpet they had installed as flooring. Tugging and yanking, Livia tried to dislodge the creased humps from under the wheels, but the fibrous tangle wouldn’t yield. It was hot and Shane was flushed and sweating, his face tight with misery. She tried to push the wheelchair by hand, but there was no way to budge a 600-pound stuck object, and she couldn’t carry him; he was 150 pounds of dead weight. Again and again, he maneuvered the joystick, first in one direction, then another, each failed effort adding wretchedness to his red, sad, tight face and evoking panic in her.

Months earlier, when she’d been standing in the empty lot next to her house, watching tendrils of tangerine-yellow light butter the sky as sunset neared, a neighbor she didn’t know, a gorgeous buxom California thirty-something with a cascade of sunshine hair, a wine glass in her hand, had sashayed up, thrown her arms around Livia and said, “I’m Brooke. I’m your neighbor. You ever need help, girl, you call us. We’re here for you.” She handed Livia the glass. The wine was cool and crisp and dry, a hint of fruit and oak, a Chardonnay maybe, and sipping it, Livia thought, I am not alone. Brooke gave her a card with numbers all over it; her husband was a lawyer, she said, but really handy, and they had a lot of tools.

They were on their way to a reception, but they’d turn right around and come home. “We’ll be there, girlfriend,” Brooke said.

“They’re on their way!” Livia cried to Shane.

Shane glared at her. His head slumped over, the effort of holding it up in his exhausted state too great, the discouragement at the extent of his helplessness, of their helplessness, the thirst and fatigue and fear, overwhelming any joy a rescue might bring.

But even the three of them couldn’t lift Shane from the van. It was partly the low ceiling, partly the angle at which the wheelchair was jammed, but mostly it was Shane’s collapsed muscles, the way his body had become pure mass, a sack of skin to wrap limp muscles and viscera. In the distance, Livia heard the clattering wheels of the speedboarders. Grabbing her bike, she pedaled furiously down the hill. There they rode, slaloming around random vehicles, the one she thought of as the ringleader wearing the same nasty, exultant expression she remembered from the first time she saw him, but she didn’t care. She flagged her hand at him and when he didn’t stop, she crossed right into his trajectory. Pressing a foot flat on the ground, he came to a stop inches from her and stepped off his board, close enough to her that he could use his height to tower. “We’re not going away,” he said. “So forget it.”

Years earlier, Livia had taught police and the towering maneuver was one she knew well. “I need your help,” she said.

The face softened into a gentle expression as he switched into the gawky, uncertain adolescent he was.

She explained the situation. He signaled to the others. “This lady needs our help,” he said. “Let’s go.”

They followed her up the hill, carrying their boards for their chase car was nowhere in sight. Together with her neighbors, they arranged Shane into a position in which they could lift him without hurting him. The six of them formed a double line along which they could pass Shane’s flaccid body until he was safely outside the van, down the ugly tongue of a ramp, and seated in the uncomfortable backup wheelchair. It was a complicated maneuver and took nearly half an hour, his limbs hanging, torso limp, head lolling, his dignity plundered, for Shane had been a rock climber and a runner before he got ALS, agility his prized trait. Her neighbor worked on the chair and the carpet for nearly an hour, assisted by the head speedboarder who wouldn’t leave until all was well. They rocked the chair to and fro, trying a myriad of different techniques and tools, while Livia and Brooke and Shane waited by the roadside.

Julie Brickman is author of the story collection, Two Deserts and the novel What Birds Can Only Whisper. Her fiction has appeared in the North American Review, the Louisville Review, the Barcelona Review and other venues, her nonfiction in the International Journal of Women's Studies, Kinesis and the anthology States of Rage, her book reviews in the San Diego Union Tribune. She teaches on the fiction faculty of Spalding University’s low-residency MFA in Writing Program. Before becoming a writer, she spent 17 years as a clinical psychologist. Currently bicoastal, she lives in New York City and Laguna Beach, California.
Next: Unlikely Arrow »
Home | Archive

15 thoughts on “The Rampvan, the Skateboard and the Wheelchair”