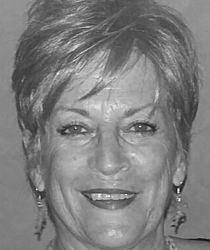 While my inner writer is rather enjoying the health crisis her protagonist is experiencing, and welcomes the grist it brings to the creative mill, her observations are not reliable.

This inner writer plans a piece in which a woman contemplates recently received news of her own mortality. The voice will be sad, with a touch of stiff upper lip. Purple paragraphs will tell of turmoil, disbelief, anger. On a dark and stormy night the protagonist sits drinking, alone in her garden. She has been deserted by a houseguest, and by her husband who has opted for an evening out with friends. He is keen to get going, and before departing shows only passing interest in the bad news. The writer notes the woman turning back towards the house from the front gate, head lowered, as the houseguest drives away.

The wind comes up and the sky is angry. The sick woman refills her glass and returns to the garden where she sits until after midnight. The writer has not yet decided how she will deal with this important moment. Sometimes the woman is tearfully bewildered, sometimes meekly accepting, sometimes challenging fate to explain itself.

As she reads the words her observer has written on the air, the woman attempts to feel sorry for herself and considers the possibility that her situation might indeed be sad, but somehow it doesn’t feel so. In reality: yes, the wind did come up. Nevertheless it was a beautiful evening, warm and humid, the clouds black and grey, the trees backlit by a bright sky. It was dark at ground level. The wind rustled the leaves and the air was sweet with the scent of the jasmine on the garage wall.

That afternoon my friend and houseguest had waited outside while I visited the doctor. I’d guessed what he was going to say and it could have been worse: possibly a couple of good years plus perhaps some not so good ones. Nothing to write home about, for better or for worse. I could see on my friend’s face that she needed me to cue her response. I said, I’m not freaked out, you know. She said, no, she didn’t think I was. She put her arm through mine and we stood in companionable silence while we waited for the tram. At home my husband took the news with equanimity, for which I was grateful; we’d already done a lot of the talking.

He and I discussed whether we would go out as planned, to the house of some close friends. We decided he would go alone. The houseguest was leaving that evening for a weekend away. Entertaining and ferrying her was my responsibility and I was happy to do it, but a break was timely. I would be at home alone after dark – a rare occurrence and one to be savoured. Each of us had what we wanted.

A bespoke evening lay ahead. I could do whatever I liked. I could go inside and watch TV, play on the computer, write something, eat or drink anything, lie on the sofa and read, get out the pencils, smoke some grass, play music and dance, or do nothing.

Fruit bats flew in their hundreds above the garden, all heading east. A lot of time went by. I could not get hold of anything to be upset about, except about other people being upset. I sat on and on. I need not move because there was no spot on the planet I’d rather have occupied. I didn’t wonder why me. I believed the news, had expected it, and was apparently not to blame for the cause of it. I was in no pain and had no real reason to assume pain would come. I had been given a glimpse of the future that was useful for forward planning. I am too old for the only available treatment so there were no difficult decisions to be made. Worse will lie ahead probably, but since it’s unpredictable there’s no reason to consider it now.

I could not help but feel contented, although it seemed a strange reaction, and the writer was not happy about it.

It was after midnight when the writer, cheated of a soulful soliloquy, went to bed. The sick woman followed soon after, and slept well.

Christina Mowle recently retired after thirty years as a copy editor and freelance journalist in education and the visual arts. She writes poetry, short fiction, non-fiction and travel stories, and has completed three novels. She lives in Melbourne, Australia where she is a member of a long established writers workshop. She has had several solo and group exhibitions of her paintings and accepts commissions for her unique needlepoint works.
Next: The Cleaning Women »
Home | Archive

6 thoughts on “The Distorting Eye”