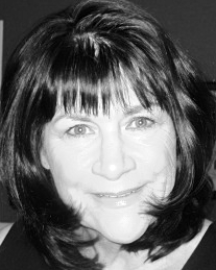 “The seasons, they just go by,” Marian thought as she looked at her yard littered with leaves in brilliant oranges and reds. “Now, how will I ever rake them up? “She walked back to her chair near the fireplace.

Marian was 85 years old and lived alone. Her elderly cat, Stewie, had died the previous year. Marian was lonely without him, but at her age there was a chance that she might sicken and die. A pet would have to find a new home without her. Just the thought made her sad.

Every winter, the neighbors shoveled her sidewalk, a wonderful time that Marian looked forward to.. She scurried around making hot cider, brought out cookies that she’d baked and put in the freezer at the first hint of snow. She’d invite them all in and feed them, enjoying the voices in her hallway, people in her kitchen.

This year was different. The neighborhood had changed. Familiar families had moved away. Children had grown. People were transferred. Now all that was left were faces she didn’t recognize. People from foreign countries. India. China. Mexico. Not a one stopped in to see how she was doing. If by chance she was sitting on her front porch, they scurried by with nary a wave.

“I’ll bet they’ve never even seen snow, much less know how to shovel it,” she mused as the leaves hurled to the ground. Yesterday when she walked to the mailbox, there was a nip in the air. The sky looked like snow.

Her son John lived far away in California. He tried to convince her to move closer, but she resisted. This was the home where she’d raised him, the house that weathered all the storms that come with marriage, a child, a lifetime. Why, right there on the wall was a tiny mark from the last time she had measured John. He was six feet tall. Eighteen years old. Now he shuffled along in his cardigan sweaters, balding head bowed as he walked. Had it been that many years since the wall had been painted? She shook her head, glanced away.

That night the wind howled down the chimney. The house groaned, as though it were trembling with concern over the coming winter. Rain lashed at the windows, and boards creaked like voices from long ago.

The next morning there was frost on the windows, dusting the rooftops and the streets. Marian worried that the food she ordered from the local grocer might not be delivered today. There were only crusts left in a bag of bread in her pantry. She ate them with jam, and sat at the kitchen window, watching menacing clouds scud by.

There was a knock on the door. Marian shuffled down the hall and asked, “Who’s there?”

“Your neighbor, Mira,” said a voice in a lilting accent.

Marian opened the door and gazed into the face of a woman she had seen countless times driving up and down the street. She had small children, Marian knew, tiny faces peering out the window as the car sped by.

“Marian, then. I think I received some of your mail by accident.” She held out several envelopes, placed them in Marian’s hands.

“Well, thank you very much. Might you come in for a while?”

“Oh no, thank you. I have to go.” Mira smiled and backed away, walked to the end of the porch, then stopped and looked back.

“If you need anything, Marian,” her voice hesitated. “Anything at all, please call on me.” She rubbed her hands together, smiled nervously. “It’s so cold today!”

“Is it cold where you come from?”

Mira glanced around shyly, pulled her scarf closer about her head. “No, it’s warm where I used to live. This is all so different.” Her voice trailed off, and she looked sad.

“It seems like there’s a lot of new folks around here,” Marian said, shifting from one foot to another.

“Yes, I suppose there is. Lots of new things to learn.” Mira smiled again, took a step back, and folded her hands in front of her. “Well, goodbye now.”

That afternoon Marian had an idea. She brought out the cookbook, searched through the recipes, started baking. The house filled with the aromas of vanilla and chocolate. Later, she walked to her mailbox with several letters, tossed them in, and raised the flag for pick up.

One week later, there was a knock on the door. When Marian opened it, six women stood on the porch, each with an envelope in her hand.

“Come in, everyone.” Marian smiled. She stepped aside as they entered the house. Her neighbors sat in the living room and visited for hours. Each one was new to the area, had no idea what to expect, and had a difficult time speaking English. Marian filled them in on the weather, the town, where to buy the best vegetables, the finest cuts of meats. They all had such a wonderful time that they decided to do it again the next week. And the next.

One day, right before Christmas, Mira came down the walk with a basket on her arm. She smiled at Marian and asked, “May I come in?”

“My cat had a litter in October. They have all found good homes. I have one kitten left.” She pulled a small gray kitten out of the basket, set it on the floor. The cat looked up at Marian with green eyes, its tiny face so cute that Marian just had to pick her up, hold it to her neck.

“She’s yours if you want her.”

Marian hesitated, swallowed. She felt the cat’s heartbeat against her chest; her hand cupped its little head.

“Oh honey, I would love to, but I can’t. What if something happens to me? What would the kitty do then?”

Mira touched Marian’s arm gently. “I will promise you, my friend. No matter where we are – no matter where you go, or where I may move, I will always give your kitten a home with me, should you ever find that need.”

Marian sat with the kitten in her lap, looking out at her driveway. Neighbors had gathered with shovels and snow blowers, new faces outside her window, laughing and working in the freshly fallen snow.

The wives were in the kitchen warming the cider and arranging cookies on trays, speaking in so many beautiful accents.

“Ah, the seasons,” Marian thought, “They just go by.” Then she set the kitten down and walked into the kitchen to join her friends.

When I wrote this story, I was thinking about changes, and how they can affect an older person profoundly. In this case, Marian faced the challenge of watching her neighborhood shift as families grew, then moved on. She wasn’t sure she fit in with the younger families and especially those who had come from other countries, perhaps with language barriers. Things were different than what she had always known. When Marian extended her hand to Mira in friendship, she was blessed with the joy of new beginnings.

Sharon Frame Gay grew up a child of the highway, playing by the side of the road. Her work has appeared in anthologies and magazines around the world, including Chicken Soup For The Soul, Typehouse, Gravel, Fiction on the Web, Literally Stories, Lowestoft Chronicle, Thrice Fiction, Literary Orphans, Crannog Magazine, and others. Her work has won prizes at Women on Writing, The Writing District and Owl Hollow Press. She is a Pushcart Prize nominee. You can find her on Amazon Author Central as well as Facebook as Sharon Frame Gay-Writer. Twitter: sharonframegay
Next: Lure »
Home | Archive

One thought on “Seasons”