In Motion
by Tania León 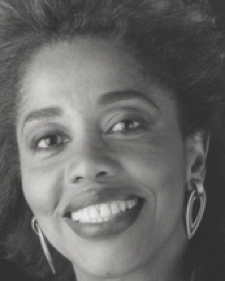 We at Persimmon Tree send congratulations to composer Tania León for her recognition by the Pulitzer Foundation. We are reprinting from the Summer 2016 issue a brief Note highlighting her compositions, and including a link to the recordings of those powerful works, including “Inura” and “In Motion,” that she discussed in the Note. Ms. Leon since has been busy conducting and composing, and most recently the New York Philharmonic performed the world premiere Stride, a work she composed to mark the centenary of the 19th Amendment, and for which she won the Pulitzer Prize for distinguished musical composition this spring. — Gena Raps, Music Editor
I wanted to make a sonic commentary between what we perceive as African influences versus European influences. In each country in Latin America to which Africanos were brought, musical traditions have emerged that are in a way some sort of “musica mulata.” The music of Inura includes gestural influences of the culture of Brazil.

[The video below has three selections. The first and third, “The Power” and “Teaching,” are from Inura.]

The first suite, “The Power” opens with a percussionist on marimba followed by the Son Sonora Voices and the Son Sonora Ensemble: string quartet, double bass and percussion. The same ensembles perform “Teaching.”

Seeds attract the necessary elements to grow to evolve: glorious memories of the people from Harlem whose efforts helped create the work; the heart of the People beating in each and every man and in his contributions; I tried to speak a language whose expressive tension has Japanese overtones. [re: Haiku]

The second selection is an excerpt from the 32-minute piece, Haiku. The music of Haiku includes gestural influences of the culture of Japan. It is performed with a narrator and mixed ensemble: flute, bassoon, guitar, koto, cello, double bass and percussion.

Tania León, born in Cuba, is a highly regarded composer and conductor recognized for her accomplishments as an educator and advisor to arts organizations. She has been the subject of profiles on ABC, CBS, CNN, PBS, Univision, and Telemundo, and in independent films.
Recent commissions include the Little Rock Nine, an opera with libretto by Henry Louis Gates; Pa’lante, co-commissioned by the Los Angeles Philharmonic, Gustavo Dudamel, Music - Artistic Director and the International Contemporary Ensemble (ICE); and Pinceladas, for bassoon and piano. Appearances as guest conductor include the Symphony Orchestra of Marseille, L'Orchestre de la Suisse Romande, and the Guanajuato Symphony and the Thailand Philharmonic among others.
León’s honors include the New York Governor’s Lifetime Achievement Awardand the Fromm, Koussevitzky and Guggenheim Fellowships. A founding member of the Dance Theatre of Harlem, she instituted the Brooklyn Philharmonic Community Concert Series, was co-founder of the American Composers Orchestra “Sonidos de las Americas Festivals,” New Music Advisor to the New York Philharmonic, and is the founder and Artistic Director of Composers Now.
León has lectured at Harvard University and the University of Humboldt in Berlin, and has been a visiting professor at Yale University and the University of Michigan, Ann Arbor. Guest composer/conductor appearances include the Hamburg Musikschule, Germany, and the Beijing Central Conservatory, China.
León has received Honorary Doctorate degrees from Colgate University, Oberlin, and SUNY Purchase. In 2008 she served as U.S. Artistic Ambassador of American Culture in Madrid, Spain. In 2012 she received both a Grammy nomination and a Latin Grammy nomination (for Best Contemporary Classical Composition) and 2013 she was the recipient of the prestigious 2013 ASCAP Victor Herbert Award.
A Professor at Brooklyn College since 1985 and at the Graduate Center of CUNY, she was named Distinguished Professor of the City University of New York in 2006. In 2010 she was inducted into the American Academy of Arts and Letters, the first Latin American female composer to be included in the music/composition category. In 2020, she was asked by the New York Philharmonic to be one of 19 women composing music in honor of the centenary of the Nineteenth Amendment. It was for Stride, the piece she composed in response to that request, that she was awarded the Pulitzer Prize in musical composition in 2021.
Next: From the Editor »
Home | Archive