The Bridge
by Anne Canright 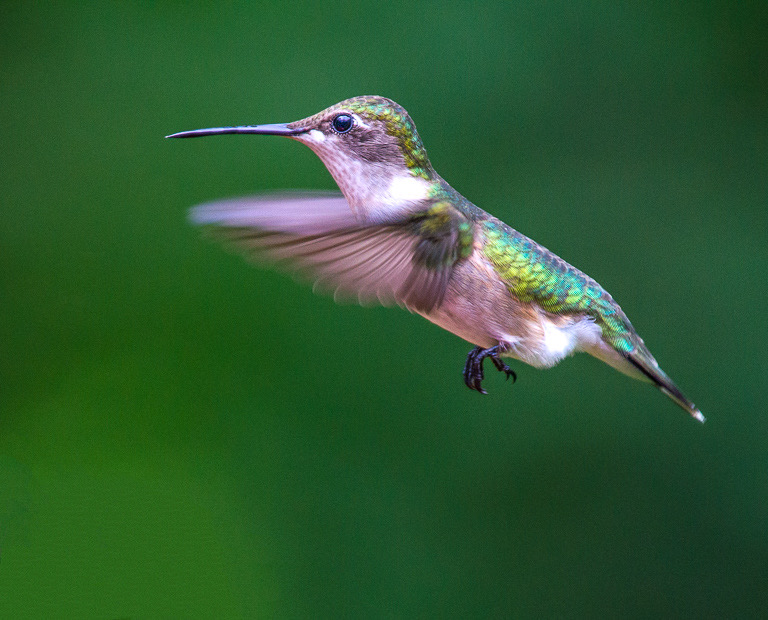 Photograph by Robin Gross
February 1965
I am ten, flying with my parents from Singapore to Hong Kong. We land in Saigon to refuel, are instructed to deplane. A fellow passenger mutters about a firefight at this very airport the week before. I know about the war from watching the CBS Evening News with my parents, Walter Cronkite intoning about student protests, flag-draped coffins, highland skirmishes. Saigon? War zone? Firefight? Uh uh. No thanks.

But then everyone, including—alarmingly—my parents, rises and starts shuffling down the blue-carpeted aisle. I press my face to the small round window and see picnic tables ranged beneath brown netting, a corrugated Quonset hut out of which a woman emerges carrying a tray laden with curvy soft-drink bottles. Out beyond—empty runways, neglected grass medians, a small prop plane taking off. No sign of a firefight, of burned aircraft, of any kind of conflict. It looks tropical, sultry. Palm trees shift lazily in the breeze.

With all the seats around me empty, I finally get up and follow the last of the passengers down the ramp stairs. If I am going to die, I don’t want to die alone in this metal cylinder.

We spend an hour underneath the camouflage netting, the adults chatting lightly. No food, just Coca-Cola, the real thing—even if the words are in a foreign script. I hold the chilled bottle to my cheeks, my forehead. I watch the beads of sweat course slowly down the glass. I gaze up at the blue sky through the checkerboard of hemp, searching for enemy aircraft. And wait, jittery, until we are allowed to reboard and take flight.

I am back, this time flying into Hanoi. On a birding trip.

I am not, in fact, a birder. And my tour contact tried hard to convince me I wasn’t a good fit for this trip. I’d be spending much of my time, he warned, standing stock-still, peering through binoculars into dark jungle, waiting for the faintest flit of movement.

He was not wrong. Turns out, Vietnam is one of the more challenging countries to bird in. It seems that centuries of local people roasting birds on skewers or sticking them in cages to enjoy their melodious song has made the local avian population a tad skittish.

The first evening in Hanoi when we all meet over dinner, I, too, am skittish. A dozen strangers, split between the U.S. and the U.K., with one Romanian and Susan, our Aussie trip leader, thrown in. Retirees mostly: a physician and his wife-assistant, an Episcopalian priest, a bridge-building civil engineer. Sally from Tucson has been on over sixty birding trips, while Dixie, from New Hampshire and Florida, is, I later learn, reckoned to be among the top ten women life-listers. (Of the top fifty life-listers ever, only three have been women.) I don’t even have a life list. But I sure am glad my binoculars are Zeiss, and not merely Nikon.

On our three-week trip we visit various national parks—Cuc Phuong, Phong Nha-Ke Bang, Bach Ma; the hill towns of Tam Dao and Da Lat; cultural stops in Hue and Saigon (as the locals still call it). We eat delicious food, dress up as emperor and empress in imperial Hue, even sing karaoke, something I swore I’d never, ever do. But I have a good time, joined by my fellow warblers in a shaky rendition of “It’s a Wonderful World.”

And we do see birds. If I’d had a life list, it, would no doubt have doubled, maybe even tripled. I love their names—ratchet-tailed treepie and paddyfield pipit; white-crested laughingthrush and scarlet-backed flowerpecker. Hemixos, Megalaima, Cutia. Two hundred twenty-two species we saw in all, most of which I will not remember, except for their fabulous names: fulvetta! yuhina! prinia! pitta!

In the end, standing on the side of a road gazing through glass into dark jungle, hoping for a flicker of movement, of color, of song, was a bit of heaven. Before I headed off on this trip, I joked to friends that it would be three weeks of walking meditation. In fact, that turns out to be true.

Doug, the priest, is from Richmond, Virginia. Tall, white-bearded, handsome, soft-spoken. We meet on the second full day, waiting on our next search for the next elusive rare bird hiding in the jungle. To make small talk, I ask if he’s been to Vietnam before. He slides his penetrating blue glance my way. “Yes. Fifty years ago.”

We bond on the bus. He doesn’t mind talking about those days. He was a captain in the infantry, arriving straight into Pleiku in the central highlands. He describes the bombing of Hanoi and the Ho Chi Minh Trail—actually a road, mostly through Laos, on which guerrillas, mostly women, shielded themselves from air surveillance by bearing large bundles of foliage. The U.S. dropped tons of Agent Orange to denude the jungles, and yet the Viet Cong continued to slip by them. He talks about being essentially ordered to send soldiers to their deaths, a mere cog in the vast U.S. propaganda machine declaring that everything was going fine, that we were fighting our mightiest.

On the road, we see the occasional nod to the war: a Soviet-style statue celebrating a November 1972 North Vietnamese victory, an open-front temple packed with veterans holding a service, banners commemorating the forty-third anniversary of the liberation of Hue. But mostly, evidence of the conflict is scarce. Vietnam today is a young, vibrant nation. We feel no animosity from our hosts. As Susan puts it, they never hated the American people; just the American government.

Our transition from the northern part of the country to the south involves the airport at Pleiku. The highway takes a turn in the town of Kon Tum, heading south. Out the bus window is the usual jumble of shops: a scrap metal place next to a shop full of big bags of something—fertilizer? concrete? rice? A barber shop, a motorcycle repair shop, and a dress shop. A public swimming pool, a post office, a temple, a school. A paint store.

Our coach pulls over by the river. We all get out, happy to stretch our legs.

Fifty years ago, for fourteen days, Doug was sandbagged in with his company across the river from where we stand, sending rockets into what was then a hamlet of thatch-roofed wooden buildings. The dirt streets then would have been deserted, the people hunkered down in their homes, praying or hating or both.

I watch as Doug strides onto the bridge over the Dak Bla River. He pauses a moment, gazing down at the flowing water. Then he draws out of his shirt pocket a short stack of pastel index cards. He reads one and flicks it into the air, tracking it as it twirls and floats and spins down, soon to land in the water and be carried away. Then the next, and the next—a dozen, dozen and a half cards in all. Prayers for his comrades, for all the dead. Fluttering birds of redemption.

Some moments stick with you. My brief experience of Vietnam as a child has remained so vivid all these years. And when I met Doug, with his own fifty-year-old memories of that place—yet so very different—I finally had something to balance it against. The birds, hidden, requiring patience to discern, brought us together and seemed, somehow, an apt metaphor for all those memories.

Anne Canright has an MFA in creative nonfiction from Antioch University, and a PhD in geography from UCLA. She has spent her career working as a freelance editor, proofreader, and writer with university presses, museums, and environmental journals.

Robin Gross is a writer and photographer. She lives in Plymouth, Massachusetts where she enjoys gardening and raising butterflies. Her passion for photography takes her from her courtyard garden to far off destinations. She was a social worker for 35 years, working in many capacities from therapist to administrator. She has four children, five grandchildren, and many communities of friends who became her Helping Hands Familly.

6 Comments on “The Bridge”