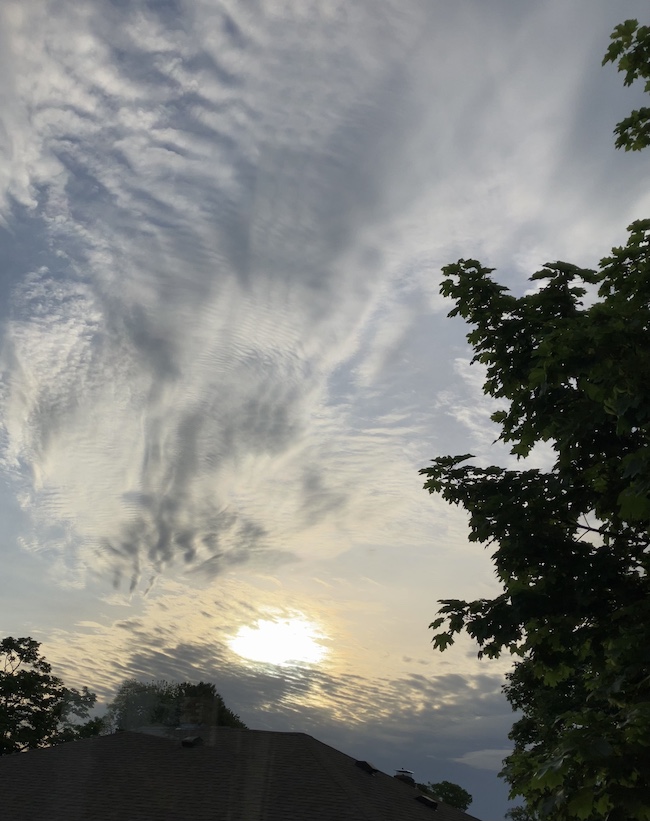 Photograph by Elsa Lichman
Tired as I was, I took satisfaction in the bushel of heavy red fruit, skins ready to pop, that sat beside the back door, and I anticipated the rich smells of processing tomatoes that would soon permeate the house. Even more, I was hoping the project would keep me from dwelling on my biggest worries: the number of trips my husband Wayne had made to the Ohio State University Hospital for doctor visits and tests, and the way he kept whatever was wrong with him sealed up inside, tight as a clam. The last thing I wanted was another complication, but that was precisely what rolled into my driveway that sultry September evening — a scruffy, two-tone motor home of indeterminate age with a For Sale sign taped to the windshield. I crossed the narrow strip of grass to the driveway, hands on hips.

“Isn’t she a beauty?” A wide grin tightened the loose skin on Wayne’s jawline. “I talked the guy down so low I’d be ashamed not to take it. I know, I know,” he said, a lifted hand stifling my first objection, “you’ll have to scrub everything from stem to stern, so we’ll wait until I get back from Columbus on Tuesday to leave.”

“Leave? Where are we going?”

“Niagara Falls,” he said. “You’ve always wanted to see it. Here’s your chance.”

He climbed out of the cab and opened the side door. I leaned into the dim interior, struck by broken Venetian blinds, grungy carpet, and the combination of smells closed spaces accumulate. “It’ll take a week to get rid of the smell, Wayne.”

The knobs on Wayne’s shoulders showed through his tee as he lifted the cover off the water storage tank, and I got one of those shivers they say means somebody just walked across your grave. If a trip to Niagara Falls after forty-seven years of marriage would give Wayne something to focus on besides those Columbus visits, I was game to give it a try.

The next morning, while Wayne was finalizing the deal, I called our daughter Davina, who lived in Albuquerque with her husband and two teenage boys, to fill her in on her dad’s purchase and our soon-to-be trip to Niagara Falls.

“Dad bought a motorhome—like in the movie RV? Going to Niagara Falls is a great idea, Mom, but can’t you find a nice bed-and-breakfast?” In person, Davina could have wheedled Wayne into or out of just about anything, but long-distance I wasn’t so sure.

“Your dad is set on the idea, and I’ll learn to drive it too, just in case.”

Nothing got by Davina. “What do you mean, Mom? Is Dad feeling worse? Is there something you haven’t told me?” I could hear her prodigious yawn and I had to stifle my urge to yawn in sympathy. Ohio was three hours ahead of New Mexico, and I imagined her in the sleek, modern kitchen, coffee pot and toaster behind their roll-downs, not yet called into service. “I wish I could be there.” Her voice was filled with longing.

Since soothing and comforting was a mother’s province, I chose a fib over the jumble of uncertainties. “No worries, Davina.”

Wayne returned later that morning, still eager to hit the road, so I tied into the preparations that were to take several days — scrubbing, loading towels and bed linens and utensils and pans, and replacing Venetian blinds. He covered the mechanical end of things and installed a GPS. In my spare time I transformed overripe tomatoes into beautiful red juice and homemade ketchup.

Tuesday morning Wayne tried his best to talk me out of going to Columbus with him. Goodness knows, I had enough to keep me busy, but I needed to hear what the doctor said with my own two ears. Despite my nagging, Wayne had lived sixty-six years without ever having his cholesterol checked. But shortly after he retired in May, he’d begun downing antacid tablets like they were the elixir of the gods. Naturally, I nagged him about that too, and he finally saw a “gut doctor,” as he put it, at Ohio State. And so began those mysterious visits. Yes, I was going to Columbus and that was that.

The temperature had dropped overnight, the way it can that time of year. The air felt crisp, and water maples, locusts, and poplars showed tinges of color among the glossy green of hardwoods. In hayfields, balers rolled out heavy tubes of timothy and alfalfa, very different from the small rectangles bound with twine that I remembered seeing as a kid.

Wayne maneuvered through downtown congestion and found a spot in the parking garage. Then he found the right office and the waiting room where patients leafed through Woman’s World or Car Craft or lip-read reruns of Love It or List It on a muted screen mounted so high watching it created a crick in the neck. An atmosphere of edginess permeated the room the way cigarette smoke had back in the day, and smartphones spared the need for awkward conversation.

Finally, we sat across from the doctor, a woman roughly Davina’s age with silky dark hair brushing the collar of her white coat. Wayne’s test results lay spread out like patchwork on her desk. His eyes remained on the painting behind her, an abstraction of tangled red petals escaping the canvas like birds before a fire.

I heard “pain medication and possible treatments to slow things down,” but the rest of her words were drowned by the memory of waters coursing down the side of the motorhome as Wayne unleashed the full force of the sprayer. All that time and all those tests and I’d never questioned where it was all headed. Had I not insisted on going along that day, I would have remained suspended between what I wanted to believe and what I knew in my heart. 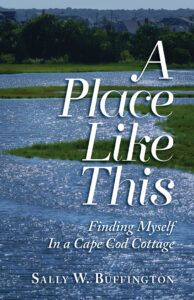 At last, the young woman stood and held out a strong surgeon’s hand, its nails clipped close to the quick. Wayne rose and grasped the hand as one would at the end of a business meeting. My hands searched all around my ankles before remembering that my purse strap hung from the back of my chair. I took the hand as Wayne had and followed him through the door.

Ignoring Wayne’s objections as we reached the car, I slid into the driver’s seat. He watched lanes and ramps as I reversed the route we’d taken coming into town, but once we were out of the city, he leaned his head against the seat and closed his eyes. In silence, I laid a hand on his thigh, and he laid his hand on mine. One advantage of a long marriage is the ability to communicate through simple gestures.

Wayne spent the rest of the afternoon on the patio in the shade of an aging walnut tree, and I sat beside him, listening to snatches of conversation drifting across lawns, tires rolling past on the street, squirrels disputing claims to green-hulled walnuts lying in the grass, and cicadas announcing the ending harvest from my stripped tomato plants.

When the light began to fade, I went into the kitchen and filled a tall glass with sweet tea and set it beside Wayne on the stand separating our lounge chairs. He must have been dozing or deep in thought; at the sound of glass meeting tabletop, his arm flung outward. The glass toppled in a flood of tea, rolled over the edge of the table, and shattered as it hit concrete. I knelt and picked up the fragments of glass, carefully laying the jagged pieces in my palm.

“It’s only a glass, Wayne,” I answered, knowing full well that wasn’t what he meant. I dumped the shards into a trashcan around the corner and retrieved an old towel to mop up the rest.

Some people say their best ideas just appear, right out of the blue. Mine came to me as I watched tea and ice-cube melt drip from tabletop to ground. The motor home, fully packed and as habitable and sound as Wayne and I could make it, sat at the ready in the driveway. But the allure of Niagara Falls had suffered a serious hit that day. In its place was a sudden desire as strong and insistent as the longing I’d heard in Davina’s voice.

Wayne and I were going to Albuquerque. Between here and there were miles of open road, unfamiliar places Wayne and I had never seen, some we’d never even heard of. I could think of no better setting for acquainting ourselves with the unsettling dimension we were entering. And face-to-face was the only way I would share the news we had with Davina.

I squeezed onto the chaise beside my husband the way I used to do. “Listen, Wayne,” I said, my face finding its comfort spot between his neck and shoulder. “I just had an idea.”

A few years ago, my husband and I were visiting Niagara Falls. Among the throngs headed for the Cave of the Winds was a slow-moving couple, the husband fragile, the wife hovering. Imagined circumstances simmered for a while and eventually resulted in “Unfamiliar Places.”

Lois Spencer’s memoir, In the Language of My Country (Outskirts Press 2017), is a tribute to women who revisit their dreams and make them reality.  Volumes1-4 of Ohio Teachers Write showcased earlier work. More recently her short stories have appeared in Women Speak, Anthology of Appalachian Writers, Northern Appalachia Review, Change Seven, and The Poorhouse Rag. Her BSED and MSED are through Ohio University. She was also awarded a Master of Arts in Liberal Learning, through Marietta College, focused on creative writing.

Elsa Lichman, MSW, LICSW, is a retired social worker who worked for 43 years in the field. In retirement she turned to the arts: she became a newspaper columnist, poet, solo singer, choral singer, and photographer. Her love of nature took her on many magical adventures.