The Girl by the Door
by Catherine Mathews 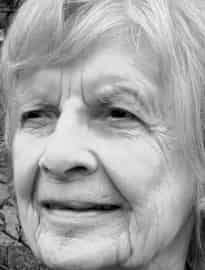 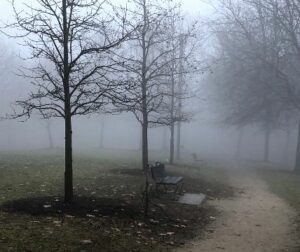 Moody Street Dam, Photograph by Elsa Lichman
I remembered, later, the moment he came into the crowded room. I should have seen right away that he wasn’t the partying type, or maybe I did. Perhaps that was why I noticed him. Everyone else was going strong at that point, with glasses of this and that, well into the relaxed stage. It was his apartment, but he came late, straight from the office. I didn’t think he noticed me. I was sitting there, opposite the door, dressed in the pink blouse that I saved afterwards, the blouse with the striped collar and ties on the neck and sleeves. A demure blouse, more suitable for a teen-ager than a would-be career woman, but this was the ‘50s. Demure was a style, not a message.

I felt awkward; I did not quite fit in. The men were the crew of a “flying boxcar” from Rota Air Base in Spain that brought supplies to the vast number of American installations in Greece; they were delayed in their flight home. The girls were from the numerous Embassy staffs. I had not previously been among the invitees, but they were short of females.

“Oh, she won’t come,” was the reply. Why did they think that? They called, and I came.

Aware of this exchange, he gained the impression that I was approaching retirement, that I was an older lady. He saw, as he entered, that this was not the case. I was taking little part in what went on around me. Not the best circumstances for a meeting. A noisy, semi-drunken party, a man who showed up late, a woman who did not see much point in being there at all. But the conditions sparked an interest on his part, a desire to find an answer. Was I a lost soul? Was I some sort of social misfit, needing rescue? So, the myth took root.

Some dates are enshrined in memory, most of them sad, all of them important. It was the 10th of May, and in Athens that evening the air was soft. This date was personally important – I knew it right away. Earlier, before he came, and before the dancing started, couples wandered out to the wide terrace that spread beyond the open French doors. The white marble of the pavement was lit from within into chalky squares. The natural light faded. Couples leaned on the balustrade, the red embers of their cigarettes streaking the dusk. Beyond the descending slope of the streets of Kolonaki, across the valley of the city, the Parthenon was barely visible. The perfect toy, its brokenness hidden, its whiteness glowed for moments more until it disappeared into the night, ceasing to be a distraction from the serious business of partying.

After that evening I watched the fat black phone on my desk at the Embassy, waiting for the phone call I knew would come. I can still hear its jangly summons and the voice on the line, so easily recognized. Did I say he had an accent?

Therein lay a tale. He was one of Europe’s refugees, though he did not look the part. He was dressed like an American, but he was Bulgarian. On September 9, 1944, the Soviets had crossed the Bulgarian border and occupied his country. Resistance was silenced by the elimination of thousands – mayors, judges, teachers, local leaders. The long Bulgarian ordeal began. All this I learned later. Like most other Americans, I was not overly burdened with these details of European history. At this moment none of that mattered. I was only concerned with the stirrings in my heart for this man.

His sideburns were white; his blonde hair was turning, though his face was lean and unlined. This pleased me. Having just turned thirty I was fearful, always, of being matched with a younger person.

Without ever making a conscious decision to do so, I left the quiet way-station of my well-ordered life to jump aboard the catapulting locomotive that was his world. He was a people person; every evening for him was an opportunity for a social occasion. I, on the other hand, was a loner. No matter, I was swept along.

We took a trip to Corfu off the west coast of Greece, a place of rugged coasts, tumbling sea, and lobsters for breakfast, lunch, and dinner. For this excursion his suitcase had neat plastic containers, each article of clothing separated from its fellows. My own preparations were more impulsive. I added miscellaneous items to the pile in my bag. My toothbrush happened to be last; what better place to put it than in one of my shoes? And for the paste, there was the other shoe ready at hand.

Minor impediments, all. In spite of how I packed my toothbrush I lit up his life, and, for myself, I never considered returning to the existence I had known without him. In a very few months we were married in the American church on Sina Street, a few blocks from where we met.

How he enjoyed, over the years, to tell of our first encounter. Invariably, he introduced the subject at dinner parties. “How did you meet?” he would ask, feigning interest in others so he could get on with the story of how he found me sitting in the chair near the door. With each telling I became more forlorn, more abandoned, more to be pitied and rescued. I was not annoyed by this; in fact I became the girl in his story, taking on the role to which I was assigned. From moving independently about the world, I became more dependent, less confident.

I was the perfect ‘50s wife, a throwback, even to an earlier era. My husband says this, I would say, or my husband thinks that. This is man’s business, he would say, of an office matter, inferring it was none of mine. The evening we met, he had been late coming from the office; I should not, therefore, have been surprised that it was his habit. Men were late, wives repaired to the kitchen to reheat their dinners.

Belatedly, I learned much about the Bulgarian character. The normal way of take-a-little, give-a-little went by the board. Giving a little meant compromise; compromise was weakness. He had gone through much to escape the Communist way of life, in the end leaving home and family. He had spent time in prison, seen brutality, and had never compromised. It was a life lesson bitterly learned and never relinquished.

I made my adjustments, realizing finally that not to do so was poisoning the well. Did he see, in that girl by the door, one who would accept his ways?

We lived the whirlwind. He taught me the joys of the great outdoors—hiking, camping, skiing. Willing to slow down to be by my side, he encouraged me to do more than I could do, his strong arm always there. Life was sweet, a never-ending great adventure.

The years went by. Age caught us by surprise, one day when we still felt young it came to cast its shadow. We were forced to lay aside the sports, the rugged trips and travel. One night there came another dinner party; the subject again arose how we all had met, this time introduced by others. I braced myself for the story, which, in truth, I had come to find annoying. It came my husband’s turn; he looked around the table, seeking me out. Conversation quieted. His eyes were clouded, his face empty. “Where was it? Where did we meet?” he asked. An uneasy silence filled the room. I flashed on many scenes from the recent past that I had ignored.

His favorite spot is the easy chair by the patio window. He watches the birds splashing in the birdbath, amused as they send the water spraying out. He raps on the window and calls out to the squirrels that disrupt the scene, as if they could hear him. I give him his lunch there; he thanks me when I put the tray on his lap. His youthful strength is gone. He is bent and his steps are uncertain, like the steps of a child learning to walk. He will not take his cane when I offer it.

“I don’t need it,” he says, but he holds my hand as we walk. Our wanderings, once limitless, now extend to the boundaries of our yard. A trip is a walk down the driveway.

“Don’t ever leave me,” he often says.

“The Girl by the Door” sums up my life, a panorama of events encompassing chapters good and not so good. It is not less true to me now than when I wrote it a few years ago. And one must remember there is always something new to learn,  another friend to find around the next corner, stifling feelings of irrelevance.

Catherine Mathews was born in 1925 in suburban New Jersey, where her father commuted to Wall Street. When the Crash came in 1929, he lost his business, and the family home was foreclosed. So began their trek of rented homes, and their resettlement to Vermont in the late 30s. During the years of Depression and World War Two, Catherine never lost her desire to see the world, and in 1948 joined the Foreign Service. Her first post was Paris, followed by Rome, Tel Aviv, Athens, Frankfurt and Istanbul, when, accompanied by her husband and family, she retired to northern Virginia, where she now lives.
Next: The Visit »
Home | Archive

26 Comments on “The Girl by the Door”