In this issue of Persimmon Tree, we are extremely pleased to honor the artist Hung Liu. Her art is a haunting paradigm of women’s experience, past and present. She is a prolific artist and an irreverent voice, and her work is well-respected in current China as well as the U.S.

In the Mao Regime in which Hung Liu grew up, an individual’s rights were subordinated to the interests of the State. When she was a high school senior, she, along with thousands of other educated Chinese citizens, was forcibly “re-educated” as part of the disastrous Cultural Revolution. Her task was to pick rice in the countryside for four years. When she was allowed to return to Beijing, she earned a BFA degree in 1975 from the prestigious Central Academy of Fine Art. In 1984 she was permitted to emigrate to the U.S.

In China Hung Liu discovered and fell in love with old photographs—fading portraits of Emperors, their wives and concubines. These sad faces had the same look as the faces of the Chinese women around her, toiling at hard labor without hope. They contradicted the Regime’s upbeat version of Chinese history. Her personal experience confirmed to her the reality beneath the propaganda.

In her installations, paintings, and prints, Hung Liu’s images are often overlaid with washes and drips. Traditional Chinese symbols such as birds, butterflies, fish, and dragonflies co-mingle with the applied and printed images. Past and present, real and symbolic co-exist in her work. By including these different realities, she thoughtfully expresses her personal issues of being a woman, a Chinese immigrant, and an artist.

In effect, Liu turns old photographs into new paintings, liberating the rigid methodology of socialist realism, the style in which she was trained. She has an improvisational painting style that dissolves propaganda art into a fresh kind of history painting. In her unique, exciting way, she converts socialist realism into social realism. 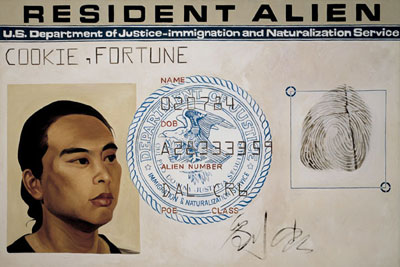 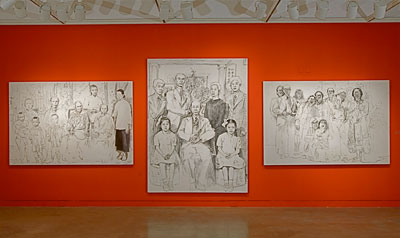 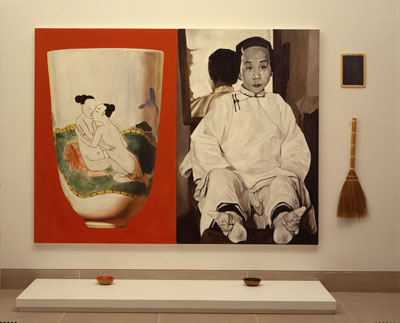 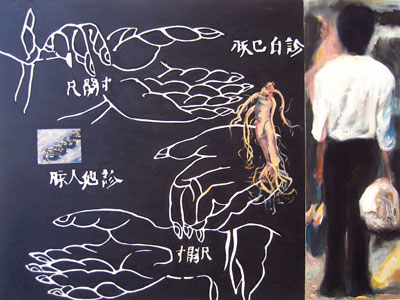 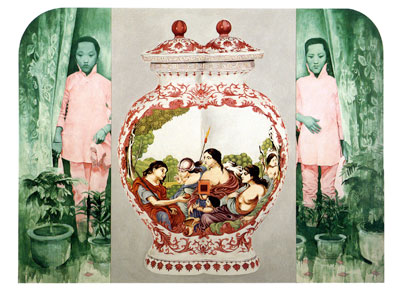 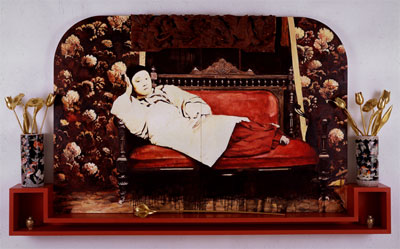 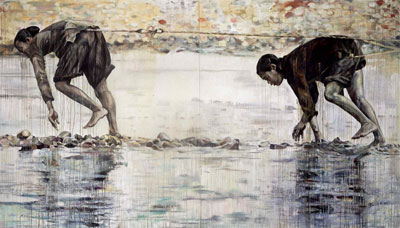 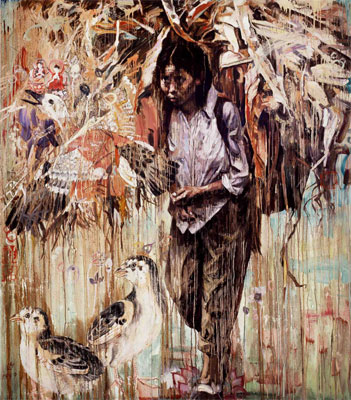 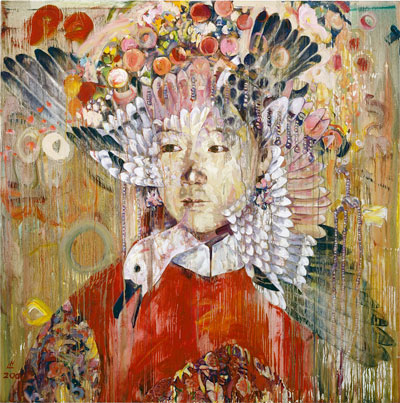 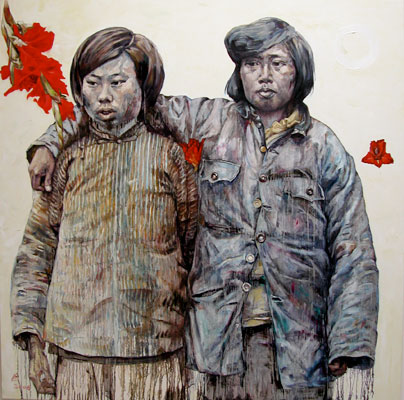 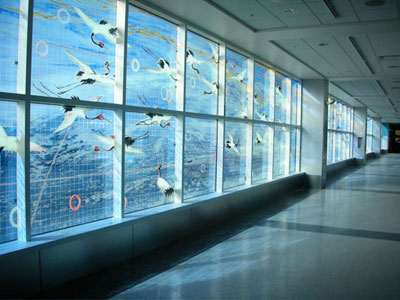 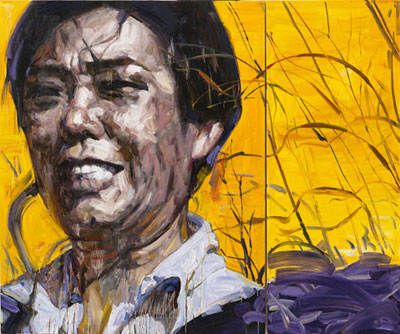 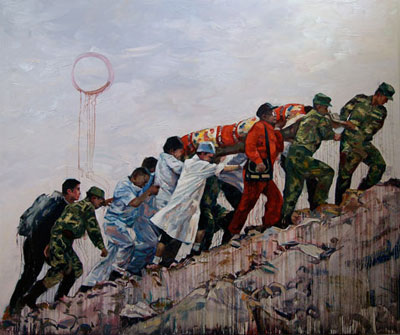 Hung Liu was born in Changchun, China, in 1948, growing up under the Maoist regime. When she immigrated to the U.S. in 1984, she attended the University of California, San Diego, where she received her MFA. She has received numerous awards, including two painting fellowships from the National Endowment for the Arts. Her work is represented in the permanent collections of major museums and private collections throughout the United States and Asia. She is Associate Professor of Art at Mills College, CA.