Judy Pfaff, who was born in London, England, creates paintings, sculpture, prints, and installation art. She came to the U.S. at age 13 and studied at Washington University and Yale University. We honor her here in Persimmon Tree magazine for her wide-ranging creativity over many decades.

She is best known for her installation art, which has been compared to that of “a collagist in space.” An example of this was her 1995 installation at the Philadelphia Convention Center, named “cirque, Cirque.” Composed of nine miles of metal tubing, this installation soared through 700,000 square feet of space.

Below we show twelve images of her smaller work, many of them set within 8 x 8 foot aluminum frames. If you look carefully, you’ll see that she uses many elements, including branches, wires, coffee filters, silk flowers, and lots of glossy colored paper. Inspired by the world around her, she reveals the deeper aesthetic that exists in common items by putting them in juxtaposition. Benjamin Genocchio, a New York Times critic, has said that “she seems somehow to get order and disorder working for her at the same time in her work.” We can see that here in these images.

We wish to thank the Braunstein/Quay Gallery in San Francisco for their help in providing many of the images for this section. Click on each image to make it larger and see greater detail. 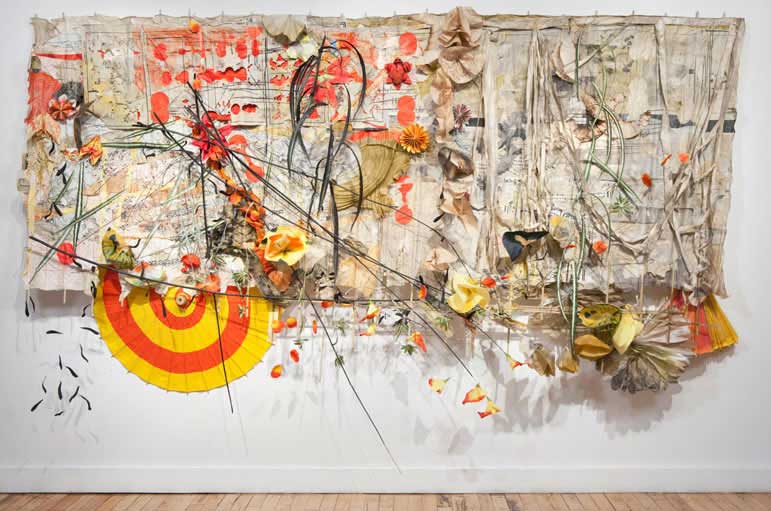 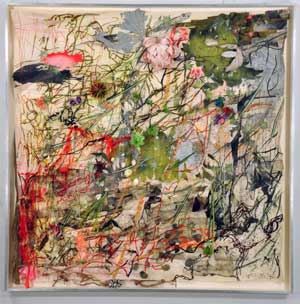 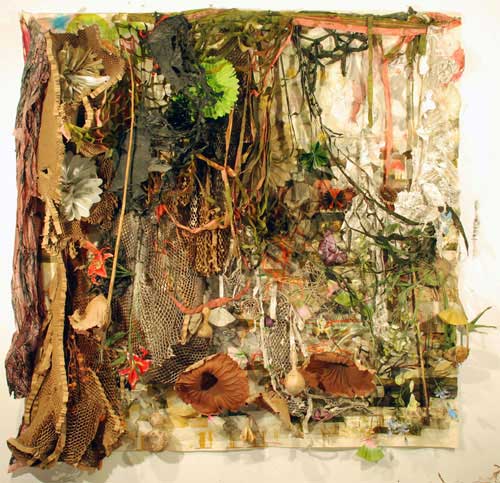 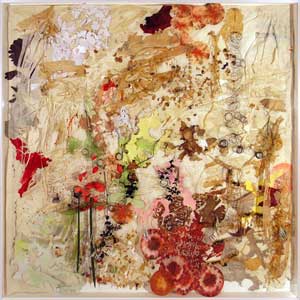 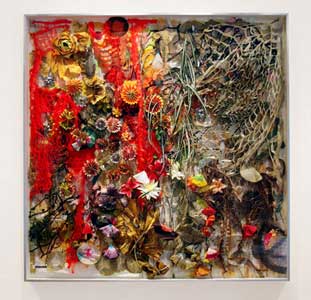 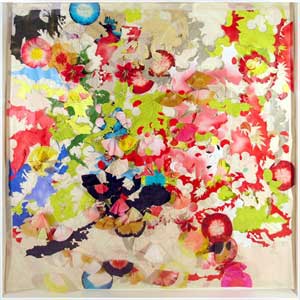 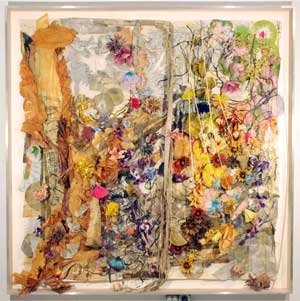 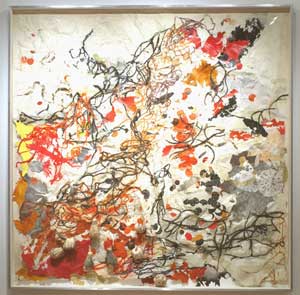 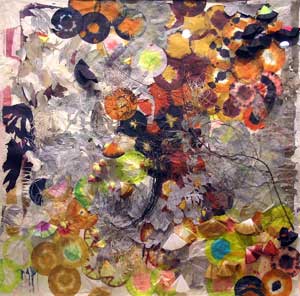 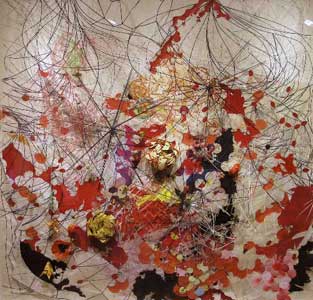 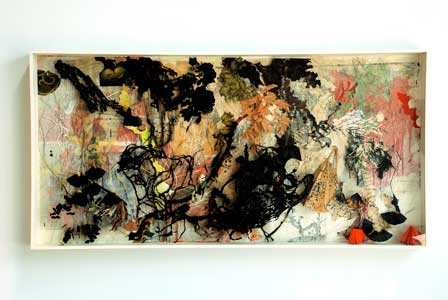 Judy Pfaff has received numerous awards for her work, including a John D. and Catherine T. MacArthur Foundation Award in 2004 and fellowships from the John Simon Guggenheim Memorial Foundation and the National Endowment for the Arts. Major exhibitions have been held of her work at the University of Wisconsin-Madison, Denver Art Museum, and Saint Louis Art Museum. She currently is the co-chair of the art department at Bard College.