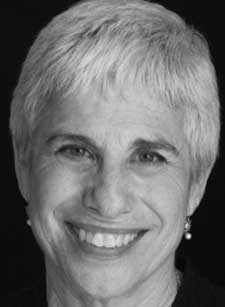 In 2003 I published “Taking Class: Memoirs of a Classroom Ballerina,” an essay in which I concluded that taking class allowed me to experience a self who is a body moving in space, a corporeal self created by way of the art of movement.

Notice the past tense of my words. I have not taken class since November, 2009. A loss so deep that I have hardly talked about it, hardly let my mind come near to what I feel.

My body has betrayed me.

The factual explanation is that I am aging. Two perspectives: my feelings; my intellect. My body has betrayed me because I am aging. Some would say that this is not a “betrayal,” since, after all, it is a natural process. True, but it doesn’t feel natural, or normal. It feels wrong. Skewed. (Skewered.) I feel violated.

I do understand that there are losses so much more brutal than this. And I do understand that every dancer experiences something like what has happened to me. The careers of “real” dancers tend to end at about forty, if the extreme overuse of their bodies hasn’t grounded them before. By then, most professionals have had their hip replacement, their ankle surgery. Most move on to careers as teachers or directors.

What do they feel? Something terrible, I am sure. George Balanchine’s famous dictum, “Just do” finds its way into every ballet class, when the teacher starts the work with the phrase, “let’s do.” The teacher demonstrates the combination of steps, twice. Then the class does it. The students aren’t supposed to ask questions. A dancer is meant to learn with the body — and use the body to communicate.

I admire this practice wholeheartedly. But still, I’m a talker. And a writer. So now I must use words for what has happened.

Class begins at the barre with a carefully orchestrated pattern of movement that stretches and develops all of the muscles, starting with the tendus and pliés and moving toward the grands battements. Yet no matter how wise this system is for creating strength and mobility, ballet movements are as difficult and demanding as they are beautiful. Thus, pain is the dancer’s constant companion. We are as used to it as we are to the music that accompanies our steps.

If my friends and I were professional dancers, taking class in the morning, then rehearsing and performing every day and night, we would be that much harder on our bodies, and always we would hear from teachers and directors and yes, from the voice within us: “Dance through the pain.” For us, the amateurs, it’s different, but only by degree. We, too, dance through the pain. The difference is, as I have been saying in a determinedly light voice lately, “I did not perform, so I got twenty-five more years.” But I took class for so long. Since I was a child. My lovely, strong body, that did hurt from time to time as I grew older – at hip or knee or lower back or ankle — always mended. Of course it did.

And then one day, when I was 67, it didn’t. And it wouldn’t, I was told. Ever again. I have arthritis, and I am now 70. All those familiar movements that were the stuff of my days — those repetitive movements, aha — that made me strong and agile and graceful, were also wearing down my bones and tendons and ligaments. So, as I grew older, I learned how to modify the steps to suit any present injury. When my back hurt, I did not do backbends. When my ankle sprained, I did not jump. But there was so much that I could always do, and though I would laugh and say, “Of course one day I will have to stop,” I couldn’t really imagine it. But then, so suddenly, it was just – over. One day I sat down at my desk chair but somehow slid onto the wooden floor of my study, so gently, it seemed. But afterwards there was pain, intensifying daily: in my hip, my knee, and lower back. At first the doctor’s message was, “Don’t dance for a while.” But then, as the extent and degree of my disease became clearer, the hiatus became permanent. I have never been back.

Ballet class was an integral part of the fabric of my life. Whatever else was happening to me – a divorce, a promotion, a daughter’s wedding, a grandchild’s birth, even my retirement — there was always ballet. Three times a week, unless I was very sick or the weather was very bad, I was there. Ballet class was like my writing: a peg on which I hung my sense of identity.

I have taken ballet classes all over the country. My teachers have been American, Austrian, Chinese, Australian, Russian, and Brazilian. But at its heart the class is always the same. Teachers employ different styles — Balanchine, Vaganova, Bourneville, Cecchetti – giving the movement a particular and always stimulating twist, but the repertoire of steps is finite. And the order of steps is also specified from the barre to the center, from the first tendu to the final grand jeté to the concluding reverence. And no matter the teacher’s language of origin, the steps are named in French. Thus, no class is ever the same, and every class is the same.

I was never that good, though I am proud to say that I was a better dancer at fifty and sixty than I was at twenty or thirty. Actually, I am rather proud of my ability to give myself to this difficult art form as an adult, knowing as I did that I could never ever be good enough. In all other areas of my life, I have needed to be the best. I was trained for that by my mother, by my teachers.

But ballet existed in a different sphere. Maybe because everybody there knew that you could never do it right — only better. And, unlike other forms of dance, you cannot cheat in ballet. Thus, along with its discipline, and of course its beauty, I loved its challenge, the gantlet thrown down to try that hard. If you did, day after day, year after year, sometimes an arm or a leg would arrive at the right place. And sometimes, if only for a shining moment, the whole body would be – there.

Class was as well a small society, a veritable world, now cut out of my life as with a surgeon’s knife. Of course there were always the young women, the real dancers, supple and strong, with the long legs and small heads requisite for professionals. They were the ones upon whom the teacher would concentrate.

But there were the amateurs as well. The thin elegant French woman, with her dark hair in a high bun, who had once danced with the Paris Opera Ballet, and now, after two children and her own small ballet school to run, came less regularly and always gently commented ruefully when she did not get something right. On my other side at the barre, an awkward fortyish guy in sweats who had returned to ballet after having studied it as a youth. But he gave every move his all, and over the time that I knew him stumbled his way to a kind of grace and a lot more knowledge. I knew them all: the ones who stayed and stayed and the ones who were there for a few years and then faded away.

Of course there was my most recent teacher. I adored him, with his Euro-chic style, his long thin body and shaved head, his pride and ambition to do world-class work in our small university town. He was Austrian, had danced all over Europe, and moved to Boulder after marrying a woman who lived here. His own choreography was a kind of funky contemporary ballet with dancers en pointe but no tights. But he knew and taught the classical style with respect and intense energy. That energy, the athleticism of his movements, was what drew me the most.

And I always remembered with love my favorite teacher; she had retired and returned so many times, so skilled and beloved was she. She was British and had once danced at what was then Sadler’s Wells, now the Royal Ballet. Her movements were graceful and elegant, and she was one of the best teachers I have ever known. She understood that praise for the one thing that any student could do well, despite all the other things that that person could not do, did more for that student than all the criticism combined.

This was a world in which I lived for so long. Now it is ended for me. To write those words is to make it so. Of course I knew that already, but the words set it in a place that I do not go with conscious intent. I avoid. I evade. I stay away from the studio. I do not attend my teacher’s performances. I try not to think about ballet: even as, ironically, my young granddaughter, to whom I introduced this form of dance as a very small child, now at eleven has recently danced the young Clara in her ballet school’s production of The Nutcracker. Imagine! I brought her to her first classes; I was the first to know how much talent existed in that small, strong body. So maybe I’ve passed it on to her.

But I am left here, high and dry, no ballet anymore to stir my senses, my passion, my body. My basket of leotards and tights still sits exactly where it was on the day that I was told that I could not go back. So now, while I am told that I must move, move, move to keep that arthritis from growing worse, I cannot move, move, move in a ballet class. I cannot, in fact, move spontaneously. I must take care and think about where and how I step or place my arms. I do Therapeutic Pilates twice a week. Pilates, strengthening and stretching movement created by a dancer, sustains me. I walk some and have recently started to use a recumbent exercise bike. Ugh to the bike. I don’t like machines for making my body move. It wants to move by itself. It wants to dance.

What to do with my lost ballet world, my lost ballet self? Throw out the leotards and say, “That was that”? It’s not really a question of making a new life, one that doesn’t include dance. I am already living such a life: days that feel diminished in a profound way and do not feel like “real life.” My task is not even to find new activities or people to take the place of what has gone, for nothing will, but to redefine fullness itself, along with something even more difficult: the very idea of who I am. I haven’t succeeded at this enterprise yet, not at all. But I contemplate it.

Before dancers perform “full out” they often mark the steps: with their bodies, even with their fingers. My words are a form of marking, too: guiding me to sense a pattern, a path.

Suzanne Juhasz has recently retired as Professor of English at the University of Colorado, Boulder, where she specialized in Women’s Literature. She is the author of many scholarly books and essays. All her life she has written poetry and autobiographical prose, much of it unpublished. She is now working full time on creative nonfiction.
Next: My Buddy’s Hat »
Home | Archive

5 thoughts on “Classroom Ballerina: The Sequel”