No matter our ages or our beliefs – I will call poetry the language of the soul. That’s one of my personal tenets. I don’t mean that it’s a choice between sacred and profane. I mean that it speaks a different language, not bound by nation or borders. Language carved as hard stones, built with words and images that cannot be unsaid – or said – differently. A creation that insists on a voice of its own. That’s what I look for. What I hold my breath for when I read. What I dare to hope for. What I can love.

Poems that risk, loudly or softly or frighteningly or tenderly or courageously, while opening language. Voices that stop me with their heat or their grief or their joy, large or small. Made out of words that lead me to the silences of deep reading. I have read and found poems that rattled my cage and my heart. And I thank you each, for letting me read “yours,” and for allowing me to select a small circle from them to offer, here. The often reclusive poet, Faye Kicknosway, once inscribed a book of hers that I had asked her to sign for me, in this way… and I have never forgotten what she wrote: The words sing all the time. Break open their disguises. 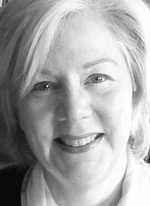 Earth isn’t still, my son
it turns
it rocks you
not my arms.

Wood was alive that houses you,
my last-born joy.
It budded and greened
it teemed.
The woodpecker knew
the carpenter understood:
wood hacked and razed
breathes still
in earth that turns.

Wounds live, my infant love
though blood has fled
and slain flesh never scars.
Your wishbone ribs. Your emptied heart.
Your first words clotted in your throat
that once I kissed
and you laughed
and now no laugh
no cry
but still the wounds of your murdered flesh
work and will be heard.

I hold you still my buried boy.
Sands shift to the tides
tides roll to the moon
wood teems
wounds live
earth cradles as it turns
my empty arms.

Preacher
for the unnamed Afghan girl raped in a mosque, July 2014 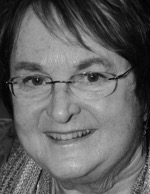 The women speak of rose windows of light
high above the trees and of the branding ache
in the chest, of the great emptiness which capsizes
showing them its starry underside.
The daughter says she once had a vision
of white herons in the dark vault of cathedral grove—
of banked lilies, luminous buds, genderless
and without longing.
The mother says the ancient roots of earth
have conformed her to themselves, so that now
she reads the hieroglyphs of mushrooms, crouches
down to the soil, slides her mind along the green
upright veins of sapling  children.
The old one says trees are moist, naked
tiers of cells held up to the sun—
humming on a single note—
do you want to hear?
Sap and mist rains onto the heads of the women
resting close together in deep shade. 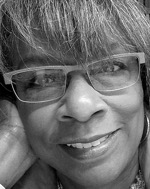 Sally,
do you wonder
what the French see
when they look at you
eye-catching wallflower
ribboned embroidered laced
into teenaged perfection?

What mirror unfractures you
in Paris bending the light
but not breaking it
half slave half wife
as in Monticello’s morning
and moon?

Sally,
do you stroll
Jefferson’s doll
the rue de Berri
caught in the Promenade

do you finger the francs in your pocket
your wages by French  law
not quite a scullery drudge in Paris
but more than the life’s treasure of a slave at home?

Sally,
is there a vitrine you pass
that flickers with your worthiness?
Or do you alone
recognize mitosis inside
and the life
whose freedom depends
on your bondage?

Ode to My Coat

You made me a fox
in sheep’s clothing
swathed and sheltered
paid and displayed
among those seeing
and being seen.
I was The Seen
between crystal, paints
and tints of every shade.
Mirrors shimmered at our passing
scent trembled in the air.

Never ermine, that weasel/stoat coat
elevated to impress the peasants,
you chose the guard hairs of crystal fox
to frame and shield my cheeks, caress my wrists.
What did you care for royal birth,
you, who began in muddy fields
and endured the reeking dip
the shearers clip before your transformation.

Brown Brother
skin kin
mute lover
we were in cahoots that day
rising through the ranks to
a degree of dazzlement
against Fifth Avenue’s odds.

You opened your neck
to frame my throat
of Moroccan rocks
fox feathering my collarbones.
You wear your armor side out. 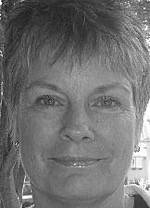 Her husband of a year called her a city girl,
too squeamish to kill her own chickens.
So this morning, she shapes a sharp wire,
hook on one end, steels herself,
grabs three squawking hens, her best
layers, hangs them upside down from the
clothesline, works her way through the fluttering
flesh with the wire, cutting their stretched-out throats.

They still and bleed out while she gathers
herself, rinses her mouth, spits, re-pins
her hair. One by one she unclips
each pullet, slits it, tosses the glistening
entrails aside, saves livers, hearts,
gizzards. Then she turns to the plucking – masses
of dirty white feathers stick to her dress,
mouth, hair. Sweat trickles down
her forehead, into her eyes, burns.
Done,
she bathes the six-pound bodies in cool
well-water, pats them dry, is startled
anew to see their likeness to her baby
boy, still sleeping. When he wakes,
she’ll put him to the breast, then lay him
down while she quarters those three
chilled torsos with a cleaver, rolls
breasts, necks, heart, thighs, liver,
legs, gizzard, wings in flour, fries
them hard in lard.
He tastes it, makes no comment,
bounces the baby a little too rough, a little too
hard, the child’s head wobbling, spanking
new eyes opening wide.

She turns away
to the sink full of dishes, stares through the greasy window
at the fading farm, at the mongrel pup growling, pouncing,
flinging round the guts that very morning she’d thrown away. 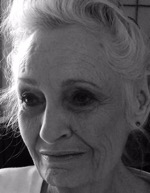 I
am a
kept
woman. I
trade in
abominations
for assorted freedoms.
I
am Alice. Wavy
funhouse mirrors
threaten
to absorb me,
dissolving my
face
in delusion’s acid. I
am Peter’s
wife in a Pyrrhic
pumpkin shell, limping
Karma’s blister.
As
rightful
priestess, I carve
the lies into
apportioned shapes,
unwind their
chaff from my
riddled
lungs and
torch our wattle
cave of
twisted
twigs: a point
blank arson
that summons live
in smoky night
my blackened,
still hot
shadow side. 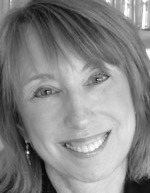 The men in my family despised their wives.
Good women, loyal women, hardworking women.
All despised by their men.

These women could turn out a baby every
other year, home cook three meals a day,
do laundry for eight people on Monday,
and then iron it all on Tuesday.
Good women, loyal women, hardworking women,
All despised by their men.

These women were chided for gaining weight,
burning the gravy, spending money like fools,
talking too much, talking too little, talking loud,
talking back, talking of stupid things.
Good women, loyal women, hardworking women.
All despised by their men.

These women were belittled, beleaguered, often
beaten. They were disregarded, shushed, placated.
Nevertheless, expected to crawl into bed with mean
husbands and provide them with pleasure and offspring.
Drunken men, lazy men, cheating men.
All despised by their women. 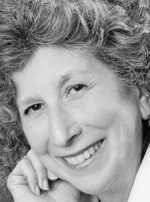 He said “beautiful” as they walked.
He said “lovelier than flowers,
more radiant than the sun, and
smoother than breezes ’round
the cattails.”

When he saw her cheeks on fire,
he said she was more beautiful than before.
The ground was wet and they lay
watching the moon take its place in the sky.
Lavender and honeysuckle filled the air
with their sweet scents.

As they lay together under the blanket of
sparkling darkness
he said he would make love to her,
if she wanted him to.
She whispered her answer
without taking a breath. 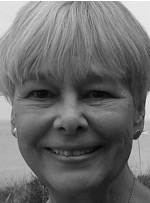 You have constructed an imaginary world of pulleys and levers,
the stuff of physics, the hard rhetoric of your reality,
made up of many rooms with no doors, light and dark and no magenta,
moving parts that go nowhere.

On shoulders that dare not tremble you support it all,
holding your breath for long and painful days,
or breathing, unnoticed, through slightly parted lips.

I want to tell you – the universe of Newton is over!
That world of stability has vanished into a whirlwind of chaos,
bringing laughter and death, telephone calls at midnight,
love before dinnertime, and crickets in the kitchen.
You alone are holding still, rigid with love and longing.

Have you considered the strength of your embrace?
Those whom you protect will learn to honor your need.
We will all become watchmen of your heart.
The strongest part of you will weaken all of us. 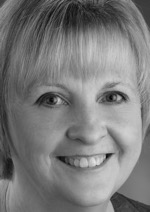 I awaken,
sit in meditation
at the edge of breath,
allow life to enter
the crack in my heart.

Then I go downstairs and kill ants,
the dot-tiny invaders,
who swarm the one coffee ground
that escaped my dish rag’s swipe,

who one by one by one
march in regiment
from humming-bird feeder
up table leg
to tea cup rim.
With a finger press,
a heel squish,
a whoosh of Raid
I murder them.

Then I pull on my executioner’s gloves,
check the Rat Zapper,
its blinking red light a signal:
electrocuted mouse inside.

My daughter called yesterday –
“suspicious lymph node.”
Her HMO has no
mammogram appointments for a month.

I step into the snow-stunned garden
where yesterday, five koi,
flipped sideways by death,
stared at the sky with milky eyes.
I run my fingers over the winter-worn
crack in the stone Buddha’s head,
step over a green daffodil shoot,

and I put my weapons down. 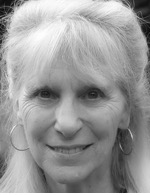 Of The Song Bird

Legend tells of the community of birds who had wings but no song as yet
: of a contest offered them by the god : of the prize of song—offered to that
bird who could fly the highest : of the tiny dun white-spotted-thrush who
knew she had no powers to fly high enough to win and wanted to—

Who crept, instead, who hid her small self in a white eagle’s feathered crown
to fly far higher than all others : who dozed there, dreamed there, concealed in
her carrier’s flight, and longing—and when her eagle tired, she who knew, and
bounded out and upward farther still—

Of the coveted prize of song she heard and learned there, in the heights
: of the thrush who returned with the song of spheres in her thirsty
small throat, who knew she had won by cheating : who saw the gathering of
birds below—a community, receiving, each, their entitled songs—

Legend of the thrush who went away then, hid in the deepest of forests out of
shame— but who could not help her song from rising, even in those stands of
webbing vine and shadow—of a quest for beauty, of goodness as we barely
know it but beg to receive it —that it brings us to longing, only—

Frailty, that rarely, like the thrush, the gorgeous song in us climbs, a bird
ashamed of its arriving at a possession of beauty by unsanctified means, a
slouching off to such a dim-lit place where the song erupts in spite, its
open-winged remembering, seining from the quiet—

9 thoughts on “Poems from the Central North States”