Of Salish, French-Cree and Shoshone ancestry, Jaune Quick-to-See Smith was born on the Flathead Indian Reservation in St. Ignatius, Montana. She is an enrolled Salish member of the Confederated Salish and Kootenai Nation, Montana.

In her own words:

“My work and activism have always been about tribe and community. My worldview is that we ‘Give Back’ lovingly when we can and receive graciously when we are in need. The other day I heard Governor Jerry Brown say wisely in an interview that modernity is about two things: individualism and oil. We’ve tried both and neither one works. It’s gotten us into this mess. Everything I write, do or say is about my tribal philosophy, we must care about one another and our living planet. There is no other way if we are to survive.

“I am a cultural arts worker because I not only paint, do printmaking, some sculpture, draw, make collage, and do public art, but I am also an independent teacher/professor and activist. I lecture, teach printmaking workshops, jury, curate, write and organize exhibitions for the Native community. In my work I use humor and satire to present narratives on ethical treatment of animals, humans and our planet. My work is philosophically centered by my strong traditional Salish beliefs.” 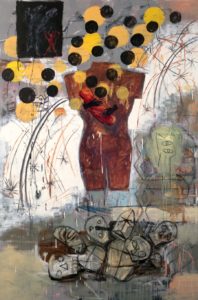 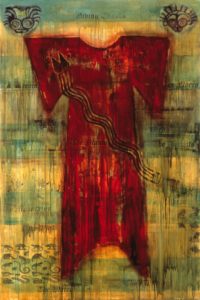 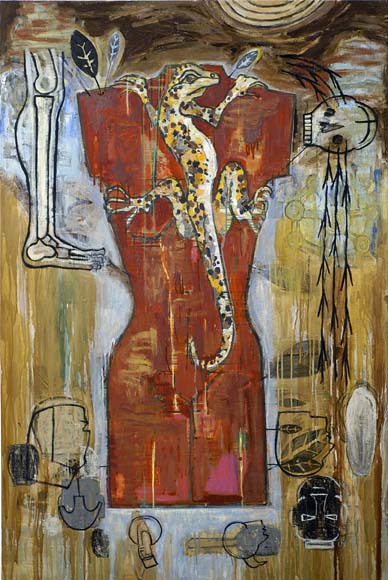 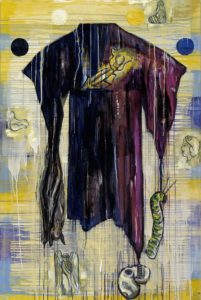 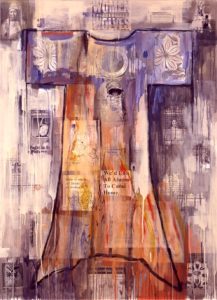 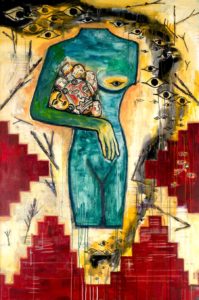 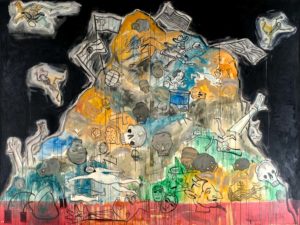 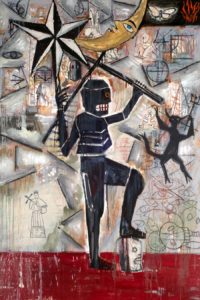 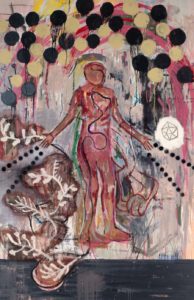 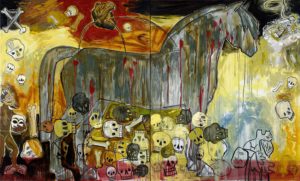 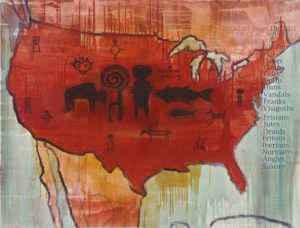 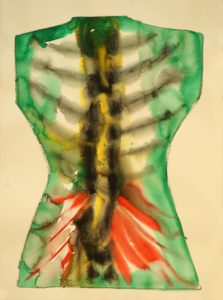 2 thoughts on “Poetry in Painting”