I’m telling you, Cade killed Mr. Andrews. I watched the news on Channel 5 and the announcer said it was a refinery accident. He said it was a faulty valve, and it wasn’t nobody’s fault, but he’s wrong. Cade grinned when he told me. It was just a little grin, but I saw it. He came home last Tuesday, slung his uniform on the kitchen chair and said, “That smart ass Andrews got his head blowed off today.” Just like that. No feelin’ sorry or nothin’. Just told me what happened and popped the beer can.

That night I watched Cade eat his fried catfish and pinto beans, with the grease around his mouth. He wasn’t thinking about Mr. Andrew’s family or his sad little wife. He was thinking the house was too cold.

“Damn you, why’s the air up again,” he said and shoved the thermostat down as far as it would go. “It ain’t that hot. Try working on the oil rigs out in that bay in August. That’s hot. This ain’t nothin’.”

I washed the dishes with the sweat gathering on my lip and down the middle of my back. I hate it when my shirt sticks to me. I remembered Mr. Andrews at the company party. His shirt looked so white it almost hurt my eyes. His wife was pretty with hair the color of a Louisiana bayou and he had that smooth kind of face that looked like he hadn’t done much livin’ but I guess it don’t make no difference how smooth your face is when it’s blowed off.

The next morning I fixed Cade’s coffee and tried to figure out how he did it. He might have noticed the valve was bad and just let it alone, knowing that Mr. Andrews checked on them. He might have.

I don’t know why Cade hated him. Maybe it was because Mr. Andrews was a college guy and made more money than he did, even though Cade worked harder, but there are lots of other guys that do that.

I waited a couple a days and then went to the refinery. I wanted to see the valve and think how he did it, but they wouldn’t let me in the gate. Maybe it was because I wore Cade’s shirt or maybe they saw the missing teeth, but I did put my hand over my mouth.

Cade is on contract with the refinery so we don’t get any insurance and we sure don’t have the money to get fake teeth put in. Cade is missing a couple hisself. When I told him I wanted to get mine fixed. He said, “It don’t matter. You can chew better’n me. I’m missing a couple in the back.” Then he laughed, “Who you gonna impress anyhow? Frank don’t live here.”

Frank was a skinny boy I liked, before Cade came along. God, Cade had been handsome then. Tanned and muscled and with the black curly hair that all the girls liked. He was my ticket out of Brownsville and we had some good years, before he started hitting me. But he don’t do it much anymore. Most of the time I stay out of his way. If a woman lives with a man for thirty-five years she ought to be smart enough to stay out of his way when he’s drunk. How many times you gotta get hit to figure that out? I’m not stupid.

Before the company party his hate had been like the flame on a cigarette lighter but afterwards it was like a blowtorch. Mr. Andrews was talking to some folks from the Bayport plant about Exxon’s seniority policy. I was just standin’ there when he turned around and asked me, “What do you think about that, Mrs. Hull?” Just like that.

“She don’t have an opinion on that,” Cade said and laughed real loud. “She don’t know nothin’ about it.”

But Mr. Andrews looked at me again and asked, “What do you think?”

I was surprised. Course I didn’t know what to say so I just shrugged and smiled. But by then Cade was mad, “She don’t know nothin’,” he said. “Keep away from my wife.”

Mr. Andrews looked surprised, said something about getting some more food and left. I felt warm just thinking about what he’d asked. I didn’t know anything about Exxon’s policy, but I might have if I’d studied it. Still, he asked my opinion and then Cade killed him.

It’s been a week now since I saw that grin on Cade’s face. The cicadas outside are almost as loud as his snoring was last Tuesday night. I get up out of my chair real quiet, go over to the thermostat and turn on the air conditioning. I feel the cool breeze on my feet and think about my mother. The welfare lady makes sure she has good air conditioning. She needs it for her heart. She takes medicine to thin her blood too. I asked her about her medicine and she said, “It’s just Warfarin. You know that stuff that kills mice and rats? It thins their blood until they die. That’s what I’m taking for medicine. Isn’t that strange?” 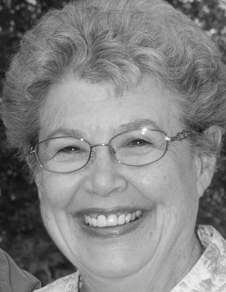 Author’s Comment: What constitutes a strong, intelligent woman? In our culture, we often think it is the woman at the podium, running for office or managing a large company or the woman who can afford good dental care, dresses with taste and uses proper English. However, I believe that there are strong, intelligent women who will never speak from a pulpit or manage a company. The woman is this story is one of those. You never know her name. She is Mrs. Hull or Cade’s wife, but she is a force to be reckoned with and I enjoyed telling her story.
Lorraine Jeffery earned her bachelor’s degree in English and her MLIS in library science, and managed public libraries in Texas, Ohio and Utah for over twenty years. She has won poetry prizes in state and national contests and has published over fifty poems in various publications, including Clockhouse, Kindred, Calliope, Ibbetson Street,and Rockhurst Review. She has published short stories in Elsewhere, War Cry, The Standard and Segullah. Her articles have appeared in Focus on the Family, Mature Years, and Utah’s Senior Review, as well as other publications. Her first mystery novel, Death is Always a Resident, was published by Cedar Fort in May of 2015. She is the mother of ten children (eight adopted) and currently lives with her husband in Georgia.

4 thoughts on “This Ain’t Nothin’”