For this issue I have given the Editorial Page to one of our editors, Jean Zorn, and her longtime friend and previous Persimmon Tree author Christine Stewart (Winter, 2013). Together they have an intense story to tell.

Christine has idiopathic pulmonary fibrosis. Idiopathic means they have no idea what causes this particular illness in anyone. Pulmonary, of course, means lungs. And fibrosis means that the membranes and tissues in her lungs are turning stiff, little by little, causing progressive decline in lung function as the tissue scars and hardens. She has reached the point where she cannot sit up without entirely losing her breath and coughing uselessly. Oxygen is no help because there is nothing that what is left of her lungs can do with it.

Luckily, she remained in (almost) good health long enough to see through to publication her enormously influential book, Name, Shame and Blame, which was published by the Australian National University Press in 2014. It is available both in paperback and as a (free) ebook. It is influential because it is essentially the first in-depth, anthropological study of the ways that homosexuality and prostitution – two forms of consensual sexual behavior, usually thought of as very different  – are actually viewed and therefore treated very similarly by both law and culture.. It is set in Papua New Guinea, but is being used now in anthropology classes and law schools everywhere.

Dr. Christine Stewart is in her sixties. She has been, at one time or another and sometimes concurrently, a lawyer, an anthropologist, a legislative drafter, and a cattle rancher. She is from Australia, but spent significant portions of her adult life in Papua New Guinea, Indonesia, and Nauru. She was among that very small band of renegade whites who embraced the PANGU party and freedom and self-rule for Papua New Guineans in the 1970s, and has continued to work for the PNG government and for those ideas ever since.

Christine and I met in Papua New Guinea, first as student and professor, when Christine was a member of the first class ever to get a University of Papua New Guinea law degree, and I, barely weeks after getting my own law degree, was teaching there. We moved, very quickly, from teacher/student to a friendship that has lasted ever since. In the early years, after I moved back to the States, there were long letters every couple of months, and get-togethers every couple of years in Australia, or New York, or Papua New Guinea. We have the kind of friendship where, no matter how long it’s been, we pick up from whatever the last sentence was when we saw each other last.

After a lifetime of legal work, primarily in the Pacific, interspersed with significant periods herding cattle on Dundundra, her farm in the New South Wales outback, she went back to the Australian National University to do graduate work in gender studies, and was awarded her PhD in 2012 at the age of 65.

Since being felled – physically, but definitely not mentally – by the pulmonary fibrosis, Christine is experiencing a slow painful death measured out in months, and now in weeks and days. She has often said that, had she known what this sort of prolonged dying was like – and had she been aware of how the dying are warehoused in nursing homes – she would have advocated more strongly for the adoption, in her home state of New South Wales, Australia, of the right of the dying to choose the time and manner of their deaths. Since assisted suicide is, however, not legal in New South Wales, she has chosen to hasten her death without assistance, by giving up all food and almost all water. She has been on this regimen since mid-November, and is hoping to be gone before Christmas.

Since she is unable to sit up, she can no longer use her computer, and instead had to tap out her article on her cell phone, an exercise that took many hours, as she tired easily, and had to stop quite often, send what she had to herself, and then pick it up again later. But the subject meant too much to her to put it down undone. So here’s Christine’s latest, and probably last, article:

“Happy and Comfortable” is a Horrible Myth

What kind of a society are we living in? We torture children in the name of law-and-order and crime control, when they should be allowed a chance at a decent life. We lock up innocent families trying to escape the horrors of wars we support, and give them the choice of perpetual prison or return to the war zone and certain execution. And our terminally ill elderly are denied the basic human right to end their lives peacefully and legally, surrounded by loved ones, and instead are obliged to plot ways of torturing themselves to death, alone and in total secrecy, not even able to get comfort from those loved ones for fear that they will incur criminal charges.

I lie here crippled, unable to get painkillers on demand, not even simple ones available in any supermarket like ibuprufen or paracetamol, because this so-called civilized society of ours has set up so many Rules to satisfy the medieval religious beliefs of a few, and their alliances with cronies with deep pockets. And these few care only about the amassing of more power and wealth, and deflect any criticism with lies and cover-ups and whitewashes and urban myths designed to persuade the general population that the interests of the terminally ill, even if they are hysterical with pain and misery, are best served by protecting them from the possible evil intentions of putative money-hungry relatives. The general population is best protected from crime by torture and punishment and closure of rehabilitation services.

And all this is done in callous defiance of a host of investigations and reports and international conventions and examples of many other countries which, despite all their shortcomings, must surely be less uncivilized than ours, and most of all in defiance of the fundamental right to die as and when we wish.

My biggest fears are not of death itself; I have quite come to terms with that. I fear pain, but even more, I fear that if I try to end this life, which is not life but merely existence, I might fail. And whether I do succeed or not, I fear that I might expose my beloved friends and relatives to criminal charges. And those who make the Rules dare tell me that this miserable existence will make me happy and comfortable!

I wish to say too that I do not for one moment blame the carers, nurses, staff, and the doctors and other associated service providers, who have all done the best they possibly can for me. But they too are bound by those horrible Rules. I thank you all. 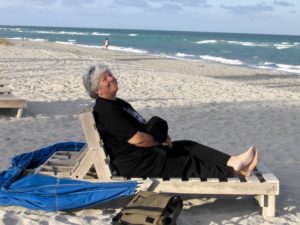