People pray their heads off to make bad things go away, like I did when I was eleven years old and heard that my six-month-old baby cousin, Danny, was dying. I got down on my knees and prayed and prayed to the photo of Jesus I’d bought at Woolworth’s 5&10 cent store. It was a small, plastic photo of a beatific, long-auburn-haired, bearded young man looking heavenward into a beam of light. My parents had not given me religion, so I’d found it, all by myself, watching movies about the crucifixion in black and white on our Dumont TV. I fell in love with the goodness and sacrificial, selfless nature of Jesus, the Jew of Jerusalem, so when I saw his handsome photo in Wooworth’s , I bought it for a quarter and kept it at my bedside, replacing the photo of Roy Rogers, the Hollywood cowboy, that my older sister had kept there before she eloped and made me a lonely kid.

I prayed to that picture, prayed that Danny would live as a body, not just a soul. I’d often babysat for him, played with him and made him giggle his tiny giggle and smile his cute smile. I liked the way his baby body fit in my arms. I liked his baby-powder smell. I prayed on my knees until I fell asleep on the floor. I was asleep on the cold floor, bent over in prayer position, the way people of the Mideast pray to Allah, when my mother came home from the hospital and found me there, still praying in my dreams.

“He’s only an innocent baby who never had a chance to do anything wrong or steal anything or hurt anybody yet,” I pleaded with God. “Please, please, please let him live and be happy again. Please God. I’ll believe in you forever if you let him live. I’ll always be good and never sneak candy or steal cookies or not do my homework. I’ll help Mommy scrub the floors. I’ll do anything you tell me, just let Baby Danny live.”

She turned out the light, because she was always saving electricity and pinching pennies as she’d had to in her orphaned youth. I had to sleep in the dark, could never have a nightlight. It made me an anxious kid, because I imagined all kinds of terrible, horrible monsters in the dark – ones I’d seen in Hollywood movies: Godzilla, who ate everyone alive; The Thing, a big vegetable creep who could only be killed with fire; The Beast with Five Fingers, a disembodied hand that crawled around in the dark and choked you; and of course, Dracula, that fang-toothed guy who drank your blood until you were dead. But Baby Danny, only six months old, who’d never hurt anyone and was cute as anything, was really dead. I sat up in bed and turned on the light just long enough to punch the Jesus photo off my nightstand.

I’m a Greek-Albanian-Italian who comes from a half-Catholic, half-Muslim family. My grandmother, Lucia, was an African-Neapolitan, olive-skinned beauty with shining black irises. My mother was a blue-eyed, blond Polish, war orphan who was probably Jewish. It was difficult to decide to whose God I belonged. When something good happens everyone praises God. When something horrific, senseless, and tragic happens, people say: “It’s God’s will. Everything happens for a reason!”

“Everything happens for a reason?” I’m 75 years old and widowed, and that saying is something I’ve never understood.

I sing lullabies from various cultures to my grandchildren and tell them happy stories that make them giggle and smile. When the lights are out and they’re asleep, I read Rumi’s Sufi poems, and Allen Ginsberg’s; Pablo Neruda’s sociopolitical poems, and Mary Oliver’s; Ernesto Cardenal’s and Grace Paley’s ecological poems to fall asleep, with the moon, a nightlight, shining in my window. I pray for Christians, Muslims, and Jews to stop killing each other. I pray for swastikas to disappear from synagogues and mosques and for the Ku Klux Klan to stop burning the cross in hate. Of all sounds on Earth, I love most the sound of babies giggling and children laughing as they play, and birds singing morning prayers and evening vespers. I never prayed to anybody’s God again. 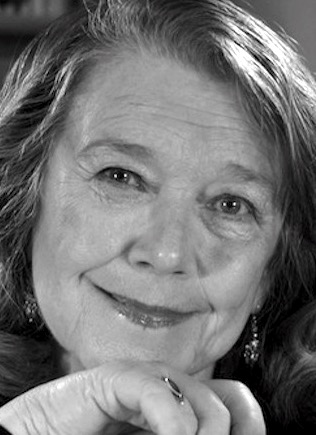 Author’s Comment: Raised as a Humanist by a scientist father, an Italian immigrant who struggled tenaciously to educate himself, who was a highly compassionate person, and a war orphaned Polish-Jewish mother who’d become tough to survive, I learned early on that true feelings for others does not necessarily arise from ardent religiosity. Indeed, hatred and prejudice can hide behind fanatical religiosity, as it seems to in our time of some extremely intolerant, very conservative, Evangelical Christians and insane Daesh perversions of Islam. I grew up without religion, and when I found it for myself, I later returned, because of the injustices I witnessed, to Humanism, where I found empathetic authors, poets and scientists who work to improve the human condition and understanding. This piece seems apt for our time when religious wars cause havoc and extremists kill in the name of their gods, and there is still no reason to why the innocent so often suffer profoundly.
Daniela Gioseffi eco-activist, editor of the internationally read, www.Eco-Poetry.org, is an American Book Award winning author of 16 books of poetry and prose from major and university presses. Her women’s studies classic, Women on War: International Writings has been in print for over 25 years. Her compendium of world literature, On Prejudice: A Global Perspective won a World Peace Award, presented at the United Nations, 1993. She has published in many journals, including The Paris Review, The Nation, MS., Chelsea Literary Review, Indiana Review, Harper’s Ferry Review, Rain Taxi Review, Prairie Schooner, Fiction International, etc. As a member of the National Book Critics Circle, and PEN American Center, Daniela has published innumerable reviews in various periodicals. Her latest books are Pioneering Italian American Culture, 2013; Blood Autumn, Winner of The John Ciardi Award for Lifetime Achievement in Poetry, 2008, and a biographical novel with non-fiction forward: The Story of Emily Dickinson’s Master: Wild Nights, Wild Nights, praised in the Emily Dickinson International Society Bulletin, 2010. (For more on this book, see her ad in our Arts Mart.) A documentary film, Author and Activist: The Daniela Gioseffi Story, by prize-winning filmmaker Anton Evangelista, premiered in 2016 (www.AuthorandActivist.com). She’s the recipient of grant awards in poetry and prose from the NY State Council for the Arts.

20 thoughts on “Everything Happens for a Reason?”