After a day working at Uganda’s national psychiatric hospital, Ulla and I often had tea on my tiny balcony. We looked out on a bright green hill with a wide red dirt path traveled by people on foot, bicycles, the occasional motorcycle or lorry lurching along. The two of us, young women, – she a Danish occupational therapist and I an American social worker – would talk lazily and watch the human flow en route to the community just over the hill. I had visited the village, crowded with homes and shops made from a mishmash of materials: mud walls with banana thatching, cement and corrugated metal, boards and tarps. There were a few spigots for common use, and more lanterns than electricity.

Once in a while someone caught sight of us and we waved. We weren’t close enough to talk with anyone, but we could hear voices faintly. When people stopped to speak with each other we would imagine the soft hum of the lengthy Luganda greetings. Ulla and I were comfortable, enjoying people from a distance after working closely with them in an unfamiliar culture all day.

The women didn’t wear slacks, but wore all kinds of dresses – skirts and blouses for the office, nurses uniforms, ragged clothes for rough jobs, and the traditional “busuti” – yards of bright floor-length fabric wrapped around the body, topped with a square buttoned yoke and big puffy sleeves. An eight-inch-wide sash could be adjusted around any girth, so some wore busutis only when pregnant, the sashes cradling their unborn babies. Often a woman would squat near the path, arrange her busuti around her legs, and pee so the urine flowed down the hill without touching skirt or feet.

Whether dressed traditionally or in modern work clothes, women toted all sorts of things. Some had cloth bundles or jerry cans of water, even firewood, on their heads. Many carried bags with food and other daily purchases. Babies and toddlers, legs splayed around their mothers’ waists, were held close by big multicolored cotton rectangles, kangas, with Swahili sayings like “Mwana wa kuku hafunzwi kuchakar” (“A chick is not taught how to scratch up the ground”).

In the morning everyone descended briskly, energized by sleep, tea, commitments, and gravity. They caught rides, took buses and van-like “speed taxis,” or walked wherever they needed to go. Late in the day they all trudged back up the hill, heading for home before 6:30 when the sun would set abruptly. The human and other bundles women carried slowed them down.

When a woman had something on her head and a child on her back, she’d move with a graceful, bobbing gait. They made me think of camels at the same time as they were powerfully human and female.

It was not that Ulla and I glamorized their lives. They were surely at least as tired as we were and had much to do before sleep. They would cook over wood stoves or fire pits, feed children and babies, put them to sleep. But watching them from a distance – the slow, dignified pace, the bundles and children, the brief conversations – was soothing. It calmed us, slowed our heart rate. We were reassured, even though we weren’t entirely aware of it, that we, too, would soon be part of that river of women, families awaiting us. 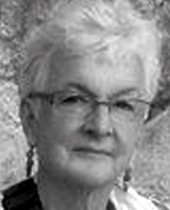 Author’s Comment:
After too many years working at a desk, I write on my sofa in the morning sun. I don’t write daily or even consistently, but I set myself deadlines and usually meet them. Each piece in progress calls up yet another from my memory. I particularly enjoy immortalizing (at least for myself) my two years in Uganda when I was in my early twenties.
Julia C. Spring is a lawyer and social worker who has worked in mental health and adult guardianship law, teaching many students in both fields. When her professional articles started becoming more personal, she began writing short memoir pieces. Some have been published in Smoky Blue Literary and Arts Magazine, The Corn Belt Almanac, Touch: A Journal of Healing, and Kaleidoscope.

1 thought on “River of Women”