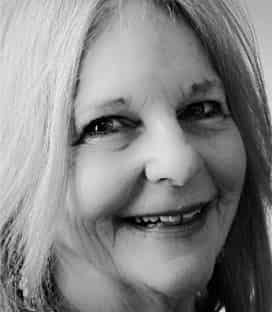 Lois Marie Harrod’s seventeenth collection, Woman, will be published by Blue Lyra in February 2020. Her Nightmares of the Minor Poet appeared in June 2016 from Five Oaks; her chapbook And She Took the Heart appeared in 2016, and Fragments from the Biography of Nemesis (Cherry Grove Press) and the chapbook How Marlene Mae Longs for Truth (Dancing Girl Press) appeared in 2013. A Dodge poet, she is published in literary journals and online e-zines from American Poetry Review to Zone 3. She teaches at the Evergreen Forum in Princeton and at The College of New Jersey. Links to her online work can be found at www.loismarieharrod.org
Home | Archive | Issue: Winter 2020
Next: The System »