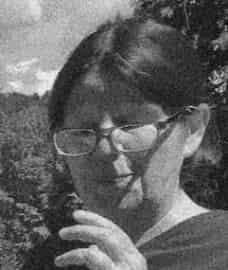 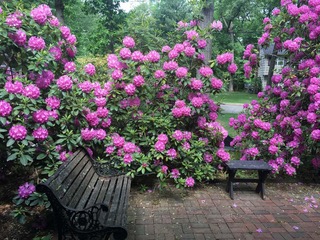 Photograph by Judith Peck
I came downstairs that sunny autumn Saturday morning to find bodies occupying the couch; the long, cushioned, window seat; a lounge chair that had been brought in from the deck; and the living room floor, where sleeping bags and blankets covered every inch of available space. I stepped over them and went to the kitchen to make coffee. As I was carrying my mug back upstairs to my nice warm bed, one of them raised a sleep-tousled head and sniffed the air. “Mmm,” he said.

“There’s coffee in the kitchen,” I said. He relapsed back into sleep. Maybe he wanted me to bring it to him.

Upstairs I slid in beside my spouse, who was pretending to still be sleeping. “We appear to have been invaded,” I said. “Hmmm,” she mumbled. I drank my coffee and tried to think up various escapes.

At a recent counseling session I had complained about my spouse’s son’s habit of dropping in, with or without numerous friends, without warning. Couldn’t he call first? The shrink said, “He’s not even 25, right? His brain isn’t fully developed yet, you realize that, right?” I thought that was a pretty shoddy excuse, but I didn’t say so. “Would you want to be involved with someone who kicks her son out of the house for not calling first?” Well, there was only one answer to that question, so I shook my head. My brain fogged. Surely there was another possibility?

My spouse arose and went downstairs. Next thing I heard was laughter and pots and pans clanging. Soon the smell of bacon wafted up to the second floor. But I was not going to emerge again until they had gone. I just wanted peace and quiet. I felt a cold coming on.

Finally, hunger won out, and I made my way to the kitchen. At least seven of them were crowded around the kitchen table. “Hello,” I said, bustling over to the stove to see what was left. Answer: nothing. No bacon, no eggs. I cut a piece of toast and put it in the toaster oven. I shook a single, last drop of coffee into my mug, sighed, refilled the electric kettle, waited for it to boil, and put freshly ground beans into the French press.

My spouse waved me over to the table. I perched on a stool that was too tall between her and the son, balanced my toast on my lap and listened to the gab, laughed at some funny stories, and when I felt I’d been affable long enough, which turned out to be the amount of time needed before pressing down the plunger, took a second cup of coffee back upstairs.

“We’re all going to go into town,” my spouse called after me.

I turned on the stair tread and looked down at her. “No,” I said, and then pointed toward my head to indicate that I had a good reason. “All stuffed up.”

“I’ll call you later about plans for dinner,” she said.

I nodded. That’s another thing. Every time one of the prodigals returns home, there has to be a dinner involving all the friends and relatives who live within a twenty-mile radius. And my spouse wants these gatherings to be held at, you guessed it, our house.

After they’d left, I went for a long walk, and when I returned, someone was in the kitchen, our kitchen, my kitchen, making what looked like a pie.

“Hey,” he said, wiping floury hands on his flannel shirt. “Do you have any more butter?”

“Check the freezer,” I said. Then I paused, remembering to try to be polite. “What kind of pie are you making?”

“Apple,” he beamed at me. “We got lots of great apples at the farmers’ market. What a great place that is! Music, all this great organic food. ”

“Yeah,” I said. “Great.” I hadn’t been to the farmers’ market in years. “Well, I’ll be upstairs if you need anything.”

“Everyone else has gone down to the pond,” he said.

“Can I ask you something?” he said.

“Would you peel the apples?”

He looked at me as if I’d accused him of participating in the slave trade. “Of course,” he said.

“Any lemon juice?” he asked.

I sighed and got it from the refrigerator for him. In a pre-emptive move I also located the cinnamon and set it on the counter.

I nodded, “Bread, pies, cake … before we all learned about the evils of carbs and sugar.”

He laughed. “Not evil to me. How about a rolling pin?”

I got it out of the drawer where it had been sitting unbothered for several years. “You don’t want to overwork the dough,” I said. “Makes it tough.”

I smiled. The guy was getting to me. So I sat down to watch him as he worked.

“It sounds like you’ve got a humdinger of a cold,” he said.

He turned the electric kettle back on and said, “I’ll need ginger and black pepper.”

I thought this was curious, but I found the ingredients just as the kettle boiled. He waved me over to a stool, got a mug out of the cupboard, and proceeded to make his surefire home remedy.

“Works every time,” he said, as I sniffed the concoction, then took a sip. Spicy. “Do you think a top crust or lattice crust?” he asked. “Or that crumbly sugar – no, no, never mind that!” He laughed.

I said, “Well, it kind of depends on how you like the ratio of pie filling to crust – and maybe whether you’re going to put ice cream on top.”

“I’m thinking of how the ice cream melts,” I said.

“Well,” he said. “What I really love is sharp cheddar with apple.”

“Hah!” I said. “A man after my own heart!” and proceeded to raid the refrigerator for some of the Irish cheddar that we get when we’re feeling flush. I figured this must be a special occasion, as we happened to have it. “Ever had this?”

He shook his head.

“Irish butter and cheese are the very best in the world,” I said, and told him about the trip to Ireland that I’d taken with my mother before she died. “She’d always wanted to go,” I said, “but my father was a stick-in-the-mud and wouldn’t take her. So after he died, I took her.” I continued on, rhapsodizing about the fresh salmon, the amazing potatoes, and, of course, the butter and cheese.

We were quiet for a minute or two. Then I said, “This is pretty good,” holding up my mug as if to toast.

“Every few hours,” he said, nodding.

I figured I owed him, so I said, “Ok, now this is a good tip: shred some cheddar right onto the top crust. “It’ll melt into the crust in the oven, and …” I stopped, at a loss for words to describe this deliciousness. He held up his hands, sticky with dough and apple filling, so I made a show of washing my hands and then together we slapped on a top crust with a couple of ƒ holes for the steam, and I grated the cheese on top.

I went back up to bed and fell asleep. When I woke up, it was dark. Winter was around the corner. It would soon be cold and gray. For months. The house was quiet. As I made my way down the stairs, I noticed that the whole house smelled like a bakery. Mmm. Maybe I could move to Paris for the winter, get a nice little apartment by myself above a patisserie and not come back.

I shuffled into the kitchen, wondering if there were any leftovers from the night before – not likely with a horde of overgrown boys inhabiting the place. Plates with crumbs of apple and flakes of crust were piled neatly, along with the pie pan, in the kitchen sink, which, I’ll just mention, is right smack next to the dishwasher. The refrigerator was indeed depressingly bare. Maybe an egg? I sighed, turned around, and saw a scrap of paper over by the kettle. Probably a note about dinner plans. I hoped I was not being asked to prepare a little something for, oh, 18 people, but I could tell that it was not my spouse’s handwriting. I had to locate a pair of reading glasses before I could actually read the words, which said, “look in the toaster oven,” followed by one of those smiley faces and the p.s. “remember, every few hours.” I opened the oven door slowly, as if a clown might jump out. There, wrapped loosely in foil, was a large piece of pie. When I unwrapped it and saw the delicate streak of melted cheddar in the top crust, I almost wept.

I was thinking about how cranky I used to get in circumstances like those described, and how I missed out on a lot because of it. In this piece, at least the narrator connects with the young man over pie-making – and maybe learns something.

Since retiring from college teaching, Mary Beth O'Connor continues to write and has taken up painting. Her poems and prose have appeared in Minerva Rising, The Healing Muse, Blueline, Passager, The Café Irreal and other literary magazines – and now Persimmon Tree! A couple of years ago she illustrated an elderly friend’s book of poems, which was a delight. She lives with her spouse in an old farmhouse that used to be a commune and sometimes shoot rockets off the back porch with her grandsons.
Home | Archive | Issue: Winter 2022
Next: More Than Twelve »