My Mother Taught Herself to Drive
by Opal Palmer Adisa 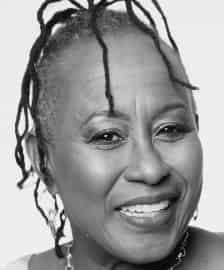 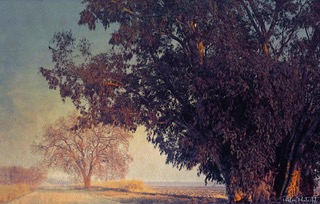 Photograph by Paula Schultz
In 1961, on the Jamaican sugar estate where I was raised, there were only two English women who drove. My mother – who had already stepped outside of tradition by divorcing my father, whom everyone said was a good catch – decided to break the mold even further.

She bought a blue Anglia and determined to teach herself to drive. I begged her to take me along. One day after work (she was the executive assistant to the manager of the estate) she announced she would begin her lesson. My mother’s first challenge was to get the rhythm of the clutch and gear. After a few halting stops and starts she mastered that, and the first week we stayed within the boundaries of the road on which we lived.

The following week she took to the public road in the community, and when the men saw us, they literally stopped their drinking or domino playing. One remarked, “But look at Mrs. Palmer; she must think she is man.” Another said, “She gwane crash that car and kill herself.”

My mother laughed, waved at the men, but never responded to their commentary. Daily she practiced. After mastering the public road, she was told to drive up the hill, and stop and then go forward without making the car roll back; that was one of the skills tested for.

On her first try, my mother stopped smoothly, but when she tried to go forward, the car began rolling down the hill. There was a precipice on my side where we would surely plunge to our deaths. Not able to stop the car from rolling backwards, my mother swerved and the car came to a jolting halt on a large boulder. We had to climb through the window to get out.

We walked to the club house for help. The men got into their Land Rovers; when they saw the car they exclaimed, “But, Mrs. Palmer, is how you manage to park the car so smugly.” Laughter. Another said, “Mrs. Palmer, I hope this teach you to leave the driving to men.”

It took a month before the car was repaired, and although she was urged to sell the car, we resumed her practice until she felt ready to take the driving exam. The only man she could convince to take her to do the driving test was the school bus-driver. I was not allowed to accompany her, but she passed the first time. “Almost unheard of,” the examiner announced.

That Saturday evening of success, my mother loaded my sister and me and rode throughout the entire neighborhood blaring the horn and shouting, “Me is driver now.”

Thereafter, bi-weekly, my mother drove us across the island and often when the men drivers discovered that she was a woman they exclaimed, “Rawtid! Is woman a drive so.”

My mother is one of the first Black women drivers I know of in Jamaica.

My mother died two years ago, and I constantly reflect on how brave and daring and amazing she was. Women drivers are now common, and sometimes when I speak to young girls and boys they have no sense of the past and what we have overcome and achieved. I have been writing other brave memories of my mother; this is one of the ones that stands out. My mother never responded to the teasing by the men, but her determined action quieted them. I walk braver, because of her bravery;  because of the numerous times she demonstrated to me that anything is possible!

Opal Palmer Adisa is a Jamaican writer, cultural activist, gender specialist and playwright who has written and published 20 collections, including poetry, novels, short stories and children's books.  Her publications for 2021 include the authorized biography for children of Jamaica's first female Prime Minister, Portia Simpson, entitled Portia Dreams, and the edited anthology tribute to Louise Bennett entitled, 100+ Voices for Miss Lou. She is the founder and editor of the journal, Interviewing the Caribbean, the latest issue on Caribbean Music. Forthcoming, March 2022, her story-poems collection, The Storyteller's Return.
Home | Archive | Issue: Winter 2022
Next: Donna Weng Friedman: Stories from the Piano »

5 Comments on “My Mother Taught Herself to Drive”