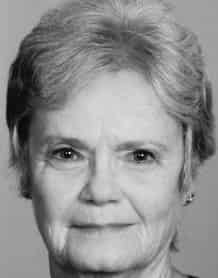 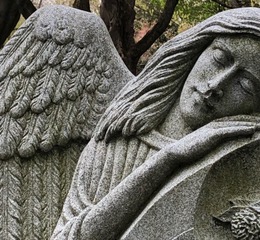 Photo by Elsa Lichman
On a Thursday in July a few years ago, after a morning of unpleasant errands in town, I sat at the dining room table in my rural Arizona home, finishing a lunch of leftover pasta. As I took a sip of raspberry tea, a snake fell from the sealed skylight, bounced off the table a foot from my elbow, and landed on the floor. After a second of pure incredulity, I leaped from my chair. I examined the snake from a few feet away. It was grey, diamond-patterned, about a foot and a half long, and the circumference of a pen. To my inexpert eye, it looked like a baby rattlesnake. I was not about to get close enough to its tiny tail to inspect for rattles, or to study its miniscule head to determine its shape.

My newly adopted four-month-old kitten, Sparky, who had been sitting on the floor by the table, immediately expressed great interest in this bounty from the sky. Several minutes ensued with Sparky lunging toward the snake, the snake lunging back at him, and me yelling, “No!” at Sparky and squirting him with a water bottle. Sparky, tired of getting wet, took off for the bedroom, where I shut him in. Armed with a broom, I returned to the snaky scene, only to find that Sparky’s mother, Sheba, had appeared and was cautiously approaching the snake. I picked up the water bottle, and she, skittish anyway in her new surroundings, ran for the other bedroom. My German Shepherd, Greta, had been lying in the corner all this time, idly observing my antics. Apparently, the snake had escaped her notice. This, I decided, was a good thing. I coaxed and bullied her out the back door into the heat.

With all animals except the unwelcome visitor secured, I stood there with my broom, poking Sir Snake occasionally when he seemed inclined to dart off somewhere, and wondering what to do. I had cut myself off from the possibility of trying to sweep it out the back door, as Greta was lying right there, waiting for me to come to my senses and let her back in. I decided it was an emergency, and dialed 911. When I told the dispatcher there was an unidentified snake in my house, she seemed to agree, confirmed my address, name, and phone number, and told me help was on its way.

My husband, Gary, as in all times of crisis, was working out of town. While keeping guard on the snake with my trusty sweeping implement, I made a cell phone call to him with my free hand. “Gary, a snake just fell down into the dining room from the skylight.”

“Gary, I am not hallucinating. This damn baby rattler is writhing under the dining room table as we speak.”

“How is that possible?”

“I assure you, I don’t know, but after I get this snake out of the house, my next call is to a roofer to inspect this roof and skylight. I’ve already called 911.”

“Where are the pets?”

“I got them all out of the way. Now the snake and I are waiting patiently for someone to show up.”

“Yeah, but I guess it’s good you weren’t sitting at the table at the time. It would have landed on your head. Shit! It’s moving.”

“Well, poke it or something. You don’t want it to get behind the refrigerator.”

“Okay, hang on a minute.” I set the phone down and used both hands to poke the broom at the snake and chase him back under the table. “Okay, I’m back.”

“About ten minutes ago. Good thing I’m not having a heart attack, though I suppose it’s still not out of the question.”

I finally heard the crunch of gravel in the driveway. “I’ve got to go. They’re here.”

Two vehicles were in the driveway along with a sheriff’s deputy and two young female animal control officers, one armed with a long pole with a clasp at one end, and the other with a lidded bucket, approaching the door. I escorted them to my scaly interloper, and they wasted no time in grasping it just behind its head, inserting its angrily writhing body into the bucket, and slamming the lid shut.

The woman with the pole shrugged. “I didn’t see any rattles.”

“Neither did I, but I wasn’t eager to inspect it too closely.”

“Would you believe it fell from the skylight?” I asked. “I didn’t think snakes could climb up to roofs.”

“They can’t,” she replied. “Most likely a hawk or some other bird dropped its lunch. I’d have the skylight checked out for leaks, though.”

“You bet. That’s my next call.” I thanked them profusely as they exited. So did the sheriff, reminding them to stay close during snake season. After he took some information from me, he, too, departed, leaving me to release the pets out and in from their various places of banishment. I immediately went to the phone book, and located the number of a contractor a friend had said was reliable.

“Hi,” I said when a woman answered the phone. “I just had a snake drop into my house through the skylight, and I need the skylight inspected as soon as possible.”

She laughed. “Wow! You just made my day. I never heard that one before.”

“Hmm. I was thinking of putting in a skylight at my house,” she said. “Maybe not, now. I’ll page one of the guys and see if he can come out there this afternoon. Hold on.” A couple of moments later, she was back. “He’ll be there in about half an hour, okay?”

When I opened the door to the contractor, he said, “I hear you’re letting all kinds of critters into your house.”

“Not voluntarily,” I replied. I showed him the offending skylight, and he said he’d check out all four skylights and let me know. Fifteen minutes later, he was back at the door. “What have you learned?” I asked.

He whipped a pad and pen out of his pocket, and proceeded to sketch a diagram of the roof and skylight. “Whoever put on that roof and skylight did it right,” he said. “First thing I look for is shoddy workmanship, but that’s not the case here. I didn’t see any leaks. The roof is tight, and the skylight is sealed correctly.” He showed me his drawing. “Now over here at the side of the skylight are two seep holes. They have to be there to keep water running around the skylight when it rains. That sucker was just small enough to find his way into one of them, and he dropped into the house. It was one of those freak, once-in-a lifetime things.”

“It better have been a once-in-a lifetime thing,” I replied. “I don’t relish experiencing this again.”

After he left, I settled on the sofa, carefully positioning myself between two skylights, and read the morning paper. When I got to my horoscope, it stated, “Stay on top of sticky domestic situations.” I laughed for five minutes, further puzzling my poor pets. Yes, after all, into each life a little snake may fall.

I wrote this nonfiction piece, and also a poem about this incident because it was one of the most unusual and frightening things that ever happened to me. I thought about a local restaurant owner who had died not long before from a baby rattler bite. When doing research after that incident, I learned that baby rattlesnakes, in fact, don’t have rattles until after the first time they shed their skin, which reassured me I was not overreacting to call 911.  Now, looking back on it, it’s amusing, though it wasn’t at the time, at least until I read my horoscope for the day.

Leslie Clark taught for a total of 41 years in Newport News, Virginia and at Cochise College in Arizona. She recently retired, after 16 years, from publishing an online poetry journal, Voices on the Wind. Her poetry, nonfiction, and short stories have been published in various journals and anthologies, and she is the author of two poetry collections, Cardiac Alert and Ward Off the Night (Finishing Line Press). She now lives in Oceanside, California, where she moderates a writers’ group and open mic readings, and helps organize a local writers’ conference.
Home | Archive | Issue: Winter 2022
Next: In Another Closet »