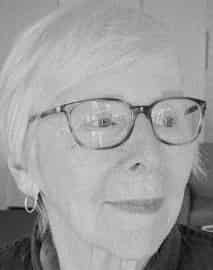 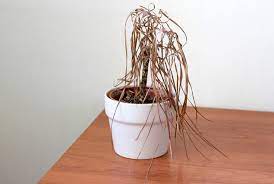 Driving to a chocolate shop, Susan and I are discussing what it means to be elderly. I’ve known Susan for twenty years, since she was a student in a memoir class I taught. I was sixty-two then, active and energetic, rarely thinking about my age. Susan’s sixtieth birthday is coming up, and she’s wondering how to label herself. At my age – old enough to be Susan’s mother – I have no doubt what category I fall into.

I pointed this out to my daughter Kathy a few days earlier. “You are not elderly,” she said, “You don’t look or act elderly.”

Susan says she agrees with Kathy. But when Susan and I were seated together at a dinner a couple of weeks ago, an acquaintance of hers came to our table to say hello. “Oh, is this your mother?” she said, smiling at me with that benevolent expression people tend to direct at us oldies.

I realize that I have now crossed the divide from the acceptable seventies to the unbelievable eighties, and apparently it’s obvious. I’m with three fellow writers – all a generation younger than I – at a library where we’re going to present a reading from the collection of memoirs we wrote together. The dithery staff person in charge shows us to a room with rows of seats and a raised platform at one end. There’s a long table and four chairs on the platform, where we will be sitting.

The library woman leads us to the platform and turns to me, saying, “Sorry, but there’s no railing, so be careful.”

I manage to step onto the platform without falling on my face. “Good girl,” says the library woman.

One summer day, after trying to save my once-bountiful fuchsia plant from an onslaught of mealy bugs, I finally realize it is not going to survive. I dislodge the basket holding the fuchsia from its hook on the apartment balcony and carry it down in the elevator. It’s a big plant, and its leaves are all brown and drooping.

As I’m leaving the building, wearing jeans, a wrinkled cotton shirt, and sun glasses, I run into the sister of my neighbor Mary. “Hi,” she says. “You look great! And that’s a beautiful plant.”

If she thinks my dead plant is beautiful, what does it mean that she thinks I look great?

My son Stephen, who lives nearby, is hosting a barbeque to celebrate his birthday. He’s invited family members and many of his friends, including several musicians from Brooklyn, where he lived before his recent move to the suburbs. Stephen’s plan is to serve food on his terrace and then move inside, where his friend Josama, a Dominican artist and rapper in his thirties, will record some tracks.

I tell my husband we should only stay for an hour or so, meet Stephen’s friends, have something to eat, and then go. I don’t think the old parents should stick around too long. But I’m enjoying the food and the company, so we linger on. We finally leave as the music is about to begin. Stephen calls us in the evening to ask how we enjoyed the party.

He tells me that Josama said, “I like your mom. She’s mad chill.”

The next weekend our granddaughter Rachel is visiting from the city. A recent college graduate, she is working in a restaurant while waiting to begin a stint as an editorial intern. She’s pretty, lively, and in a good mood. Stephen, who has stopped by, tells her about an upcoming Brooklyn block party where Josama will be showing his paintings. This leads me to tell Rachel the story of Josama’s remark about me at Stephen’s party.

She hesitates. “I would say for a grandma you’re just chill.”

Another day I’m on the Metro-North train to Manhattan. The conductor, a slender, fortyish guy, is making his way down the aisle. He stops next to me.

“Senior, Grand Central,” I say, holding out my seven dollars.

“You want one Yonkers Grand Central?” I think he says.

“No, one senior to Grand Central,” I say.

“Yeah, one youngster to Grand Central.”

“You know, that’s not really funny,” I say, trying not to sound curmudgeonly.

When I return to my suburban train station, I have to climb a steep flight of stairs and then go down another to reach the parking lot. Because of the pain in my arthritic left knee, I have to take the steps one at a time. There’s an elevator, but I’m leery about using it.

When I leave the train and head for the stairs, I take my time so others can get there first. It’s slow going for people who get stuck behind me. This day I’m carrying a heavy plastic shopping bag holding two loaves of bread, a box of dark chocolate-covered mints, and two Jamaican meat patties. I’ve also got a bag of Christmas gifts for my daughter and granddaughter.

I make it to the top step and pause to adjust my packages. A man reaches out a hand. He’s handsome: rugged, and white-haired, maybe about seventy, with tanned skin and blue eyes. “Can I help you?” he says.

“You could get me a knee replacement,” I say, and we both laugh. He takes one of my bags and we walk together to the down staircase and make our way, side by side, to the parking lot. He tells me he also has arthritis, very painful, in his back, his knees, his hands.

We reach the bottom, say goodbye, and head in different directions. I walk home bemused, having bonded with an attractive man over our mutual arthritis pain.

As I grew older, I became increasingly aware of how I was seen by others. I resented being treated like a feeble old woman, but at the same time I appreciated a person offering help when I needed it. I was offended by those – always men – who thought it was cute to call me “young lady,” or people like the woman who said, “You go, girl,” when she congratulated me for knowing how to use my iPhone. Now, I’m trying to be less vehement, more soft-spoken, when I offer my opinions about ageist remarks. As old as I am, I’m still trying to make a good impression.

Joan Potter’s essays have appeared in anthologies and literary journals, including The RavensPerch, Bright Flash Literary Review, Iron Horse Literary Review, Adanna Literary Journal, Stone Canoe and others. She is the author or coauthor of several nonfiction books. The most recent is the collaborative memoir Still Here Thinking of You: A Second Chance With Our Mothers. She has led writing workshops for Adirondack women, New York suburbanites, prison inmates, and immigrant children. She is the mother of four and has four grandchildren. She lives in Mount Kisco, New York.
Home | Archive | Issue: Winter 2022
Next: My Mother Taught Herself to Drive »