A Tale of Two Trees

In 2019 my spouse Sharon and I bought a magnificent copper beech tree, and a house came with it. The house is nice enough but wasn’t the first thing we noticed about the property. Driving under the spreading branches of the beech, we immediately wanted to live in the house it sheltered. The tree has an impressively broad crown, rounded like an artist’s rendering of the Tree of Life; a beautifully textured wide trunk with tight gray skin; and translucent elliptical leaves that turn in the breeze to alternate between a greenish and a purplish gold. Walking in the green-gold-purple shade of those leaves, I felt peaceful and safe.

Safety and peace are always desirable, but they were particularly important to me at that point in my life. During an RV trip the previous year, our marriage had reached what felt like a breaking point; and while we were still on the road, Sharon suffered a stress-induced heart attack. Several months later, just when her health and our relationship had begun to improve, I slipped on a wet hillside and fractured my ankle in five places. I was seventy-one years old, and Sharon was a few years behind me. When our family physician learned that our house had thirty-four stairs, she asked, “What are you planning to do about that?” We decided to sell our three-story house and look for a single-story place. I was still using a wheelchair to keep weight off my injured ankle when the glorious beech tree drew us to our current home.

After we moved in, a Lombardy poplar near the back door snagged my attention. The poplar was even taller than the beech and much thicker at the base, but about ten feet up, the trunk divided into several narrow trunks that swayed in the wind, creating a lovely rustling sound and tossing shiny green leaves and small twigs into the yard. When the septic system failed a couple of months later because of the invasion of poplar roots, the repair was relatively simple: replacing the broken clay pipe with a more durable plastic one. But then, during the heavy winter storms, the poplar pelted our roof with heavy branches. No more lovely rustling; now we were awakened by violent, frightening noises.

We had inherited two gigantic trees, one sheltering the house and the other threatening it.

We called our arborist friend Michelle for advice about keeping the beech healthy and preventing the poplar from destroying the house and possibly killing us in our bed. Michelle smiled as she examined the beech. “It’s a beautiful specimen,” she said. “It hasn’t been pruned correctly, and someone has been raking up its leaves instead of leaving them for mulch, but the tree is healthy and should live for a good long time.” 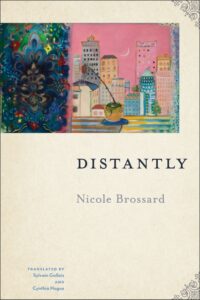 Then she walked around the house to the poplar. She circled it several times, shaking her head. “Lombardy poplars are meant to serve as wind-breakers at the edge of a property,” she said. “They should never be planted close to a house. They grow fast and don’t live long, their roots are invasive, and their structure is unstable. See how the tree is leaning toward the house? A big wind could topple it, and it’s at least one hundred and twenty feet tall. It has to go.”

Her technical climbing crew would need a week to remove the tree, and the electrical and cable wires would have to remain disconnected all that time. Also, the cost would be very high. Michelle recommended hiring a man named Jean-Luc, who had fancy equipment and could probably do the job in a day. Sure enough, his estimate was half of Michelle’s.

The prospect of removing such a huge tree generated a lot of interest among our neighbors and friends, who had been housebound for months during the COVID-19 lockdown; a guy with fancy equipment taking down a monster tree sounded like good entertainment by then. Our friends showed up on Jean-Luc Day with sack lunches in hand and set up lawn chairs to watch the performance. Jean-Luc rode in the bucket of an alarmingly tall remote-controlled articulating boom lift, from which he climbed onto the tree to rope off one section at a time; then he jumped back into the bucket to chain-saw the tied-off section. Next his two employees used a crane to swing the cut section down into the truck bed. They fed the smaller branches into a chipper and dumped the larger pieces in our field, where they would serve as nurse logs and wildlife habitat.

At the end of Jean-Luc Day, we had a ten-foot poplar stump, a pile of logs, and a mountain of chips to be used for mulch. Our spectator friends were elated that the process had gone so smoothly. I shared their feelings, for the operation was risky, even though Jean-Luc and his team did this kind of work every day. But along with the elation, I felt sad to have brought about the felling of such a gutsy tree.

We covered the tall stump with a thick plastic tarp, which would need to stay in place for at least one growing season to kill the poplar by depriving it of light. “It’s a weed,” Michelle had told us. “It’ll keep trying to sprout and spread.” That turned out to be an understatement. In a few months, we had to buy a new tarp, because sprouts at the top of the stump had punctured the plastic. Now, more than a year after Jean-Luc Day, small green shoots are still popping up from the roots, which reach out for one hundred feet in every direction and suck up all the groundwater. In late summer, the whole yard is brown except for those shiny green shoots. They are easily pulled, but a couple of hours later, more of them show up. Eventually the roots will stop producing desperation sprouts and we’ll be able to expose the stump for the enjoyment of woodpeckers, but meanwhile, we’re faced with that ugly tarp, a reminder of our bloodguilt. And even as I curse the poplar’s tenacity, I think there’s something admirable about such a stubborn tree.

This year Michelle noticed that the trunk of our beloved copper beech was starting to split. Her team sawed off an enormous limb that was pulling away from the rest of the tree. A woodworker of her acquaintance took home several big chunks, and last week he showed up at our door with a large wooden bowl carved from our beech. Its beauty moved us both to tears.

On my next birthday, I will be seventy-five years old. Several close friends have died recently, friends I couldn’t imagine living without. This is what will keep happening, until it’s my turn to go. A prayer for old age: May I face the time to come with grace and generosity, accepting losses without complaint, like the beech.

Or maybe not. Maybe I’d rather make it difficult. Maybe I’d rather wail and ululate, seeking attention without regard for my own dignity, swinging wildly in the wind with no  concern for the safety of others, refusing to exit on cue, sending out ornery desperation sprouts in the most inconvenient locations. Maybe I’d like to hear someone say, “Who knew the old gal had it in her?”

The first sentence of this piece originated as a Facebook post that accompanied a photo of our Copper Beech. Mary Paradise, a member of my writers’ group, commented that she thought I needed to write more about that tree. She was right. Thank you, Mary. 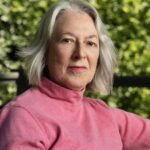 Alice Bloch is author of the memoirs Mother-Daughter Banquet and Lifetime Guarantee and the novel The Law of Return. She reviews music and theater for Seattle Gay News, and coordinates the Meals on Wheels program on Vashon Island, where she lives with her spouse and their two dogs. Go to ArtsMart to purchase her memoir, Mother-Daughter Banquet. 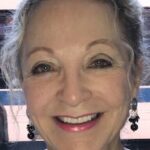 3 Comments on “A Tale of Two Trees”